The second day of the wedding is cheerful and liberated: the celebration has already taken place, the guests have not yet left and pretty much drank during the first day - on this basis, any contests, wedding traditions, funny undertakings are perceived with great enthusiasm. The more fun contests for guests on such a day will be played, the better friends, parents and relatives on each side will recognize each other. It is not necessary to invite the host, you can organize everything on your own, for example, on the initiative of friends and pals. What to think up for this day, read on.

Script ideas for contests and games without a host

Classically, participate in competitions «mummers» friends dressed in different images (groom, bride, parents, other characters). They can be leading, replacing the host. The nature of the competitions depends on the place where the second day of festivities will take place:

An interesting way to diversify the second wedding day is to organize a theme party on an unusual theme, in an extraordinary style, for example: Art Deco style, in a marine style, «Animal Kingdom Wedding», in the style of masquerade, carnival, «dashing» 90s, toddlers, dormitories, dude. Let the invitees come up with a costume or related paraphernalia. It will give enthusiasm to this event, will involve guests in the general entertaining action, will help to relax, feel «another person», and therefore fully open in contests. 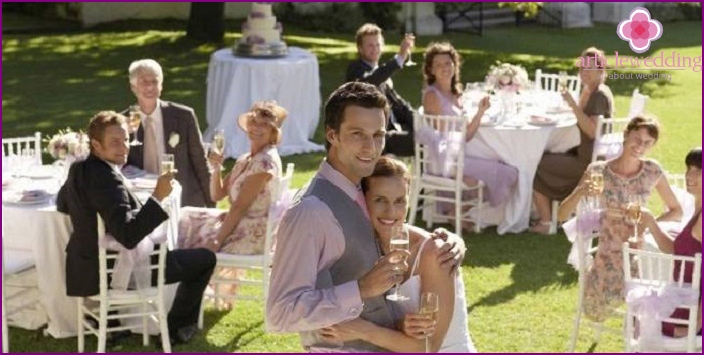 In these conditions, such contests will be well accepted, for example:

The next two pieces of paper will determine the contact point for the partner. Each subsequent contact must be made without violating the previous one. A couple who cannot make a new contact is eliminated. Winners are the last couple to have the most supported points of contact. This is a very funny contest, which is sure to enjoy!

On the second day of the wedding, held indoors, there can also be a thematic direction, which will be fun to be played out. It will replace the usual, ordinary «Roma». In such circumstances, any entertainment will be appropriate - a film adaptation of a fairy tale, which the organizers can come up with for themselves, entering competitions for guests in it. But within the premises, such entertainments cannot be wide-spread, and therefore table entertainments are ideal: 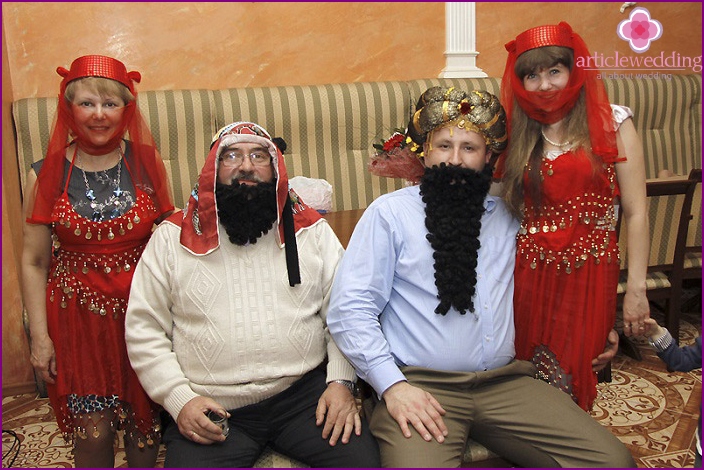 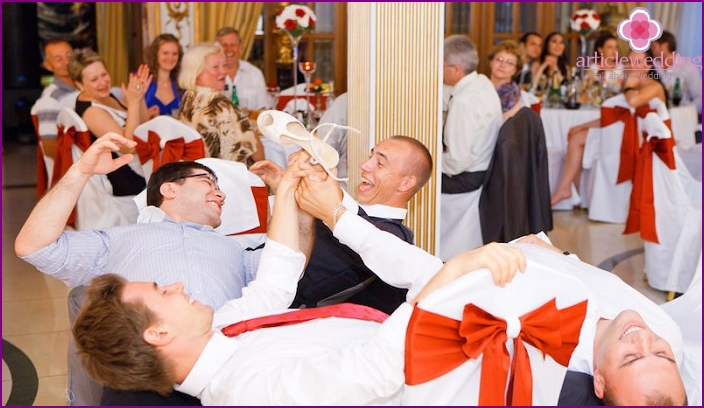 Competitions can be held both for everyone and for specific groups of participants, for example, parents. The separation of competitions by the nature of the participants is useful in that the guests present at the wedding will not remain unreached: if the competition is addressed to the newlyweds, then they will not be able to avoid it, if invited, it’s similar.

Original and comic ideas for parents 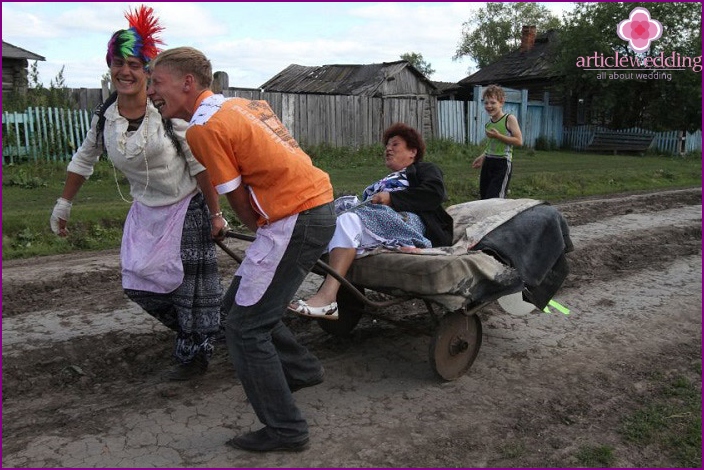 Fun games and entertainment for guests

There are many competitions and games that will amuse and make friends on the second day of the wedding. They are held both during breaks between the feast, and according to the scenario, if the holiday is thematic or all the entertainments are united by a common storyline (screen version of a fairy tale, an idea). The main thing is that the guests and the newlyweds themselves imbued with the spirit of celebration, fun, laughter, then any idea will be successful and will be enthusiastically received.