Each year of married life is celebrated more magnificently than the previous one, because the couple were able to confront the problems together. An oak wedding is an anniversary that is celebrated after 80 years of married life. These impressive numbers speak for themselves. The analogy with oak wood is understandable, since this type of tree has unique properties: it grows stronger every year, like the love of a couple. Few people manage to celebrate such a wedding, but if the partners survived to it, then it is celebrated on a grand scale. How to organize this wedding?

Ancient traditions and customs for 80 years of wedding

In the old days, celebrations of the oak anniversary were not rare, because a man and a woman married for life, moreover, the age of the newlyweds was almost always young. Many traditions that existed in past centuries on the occasion of such a wedding have been preserved. They have survived to our times, although such celebrations in the third millennium are celebrated less and less..

The solemn morning of this day began with the fact that each member of the family told his dream. According to legend, native couples (children, grandchildren, great-grandchildren), as well as the spouses themselves, on the eve of the anniversary could see prophetic dreams predicting the future of the union. If one of them dreamed of a healthy, strong oak, the spouses foreshadowed a long life together. 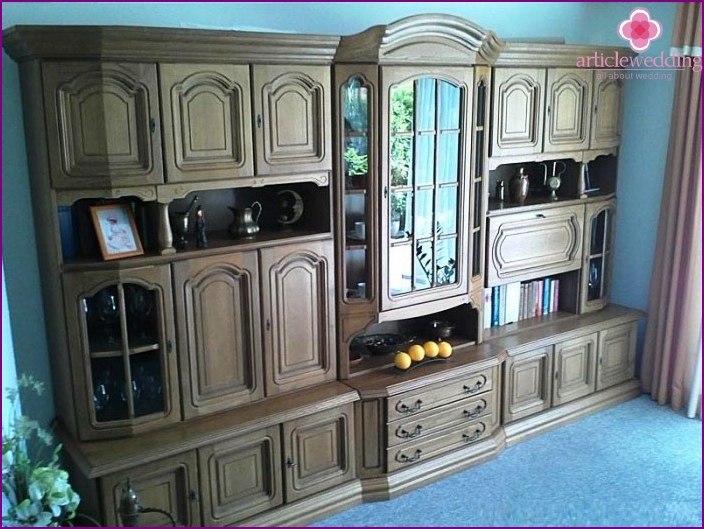 Before the oak anniversary, there was such a tradition: relatives of the spouses made oak furniture for them. Old interior items were thrown away, they were immediately replaced with new durable furniture. And immediately before the holiday, the couple independently planted a symbolic oak tree. The wedding anniversary was celebrated in the company of children, grandchildren, great-grandchildren. A child who symbolized energy must have been present at the celebration. It was believed that he shared it with a couple of centenarians.

Oak wedding: how to celebrate the anniversary?

Eighty years from the day of the wedding is a truly important event, which is worth noting in accordance with all ancient Russian traditions. Set a rich table, it must necessarily contain several dishes prepared by the hostess herself. A woman who has been running a farm for a long time knows for sure many interesting recipes. Among the outfits, light clothing of a simple cut is preferable, it will suit guests, heroes of the occasion.

Celebrating the oak anniversary is desirable in a narrow circle of the family. Close relatives will be useful at the holiday, but you shouldn’t be too zealous for the number of guests. Elderly people are unlikely to survive a noisy party that will last a long time. Decide in advance with time, it is not a good idea to hold an event in the evening or at night, as an elderly couple needs rest.

Present your love to the heroes of the occasion, show respect, they will be happy as never before! Bright moments of the wedding should be left in the photo, video, so take care of the presence of the photographer, as well as the operator at the event. Think ahead to key points to make the celebration go smoothly, without long awkward pauses..

In order for the wedding to take place without force majeure or not to fail at all, it is necessary to carefully consider its course. The scenario of the oak wedding will help you foresee all possible problems, and in the future successfully avoid them during the celebration. It can be developed independently or found ready on the Internet. Here are some ideas for celebrating your oak anniversary.. 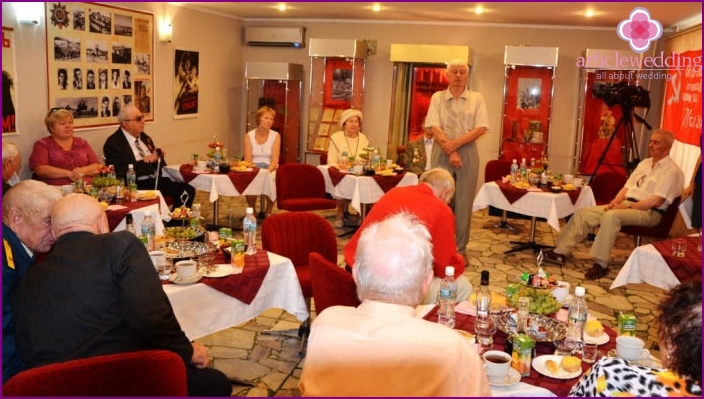 According to the first scenario, the young guests who will be present at the wedding should prepare a real production dedicated to the heroes of the occasion. The descendants of the spouses act out the couple’s love story, from dating, going through all the stages of the couple’s life, ending today. Thanks to this gift, the heroes of the occasion will re-live all the feelings that once had to experience.

Another option for the celebration is to spend time together with the whole family. Take out all the available photos of the couple, read the letters, remember the old days. Such a scenario will please not only the guests, but also the spouses themselves, because it is so nice to remember the best moments of your novel!

What to give for an oak wedding?

Choosing a gift for a significant oak anniversary is not an easy task. Over 80 years of living together, the couple has accumulated all the necessary things. Show your imagination, and then give older people something unusual! It is allowed to give not only material gifts. Consider the options for presenting an important celebration called "oak anniversary".

If you want to present a family tree to your spouses, do it yourself! The video below will help you cope with this task. After reviewing it, you can easily collect the necessary information, and also delight the couple with the finished product: 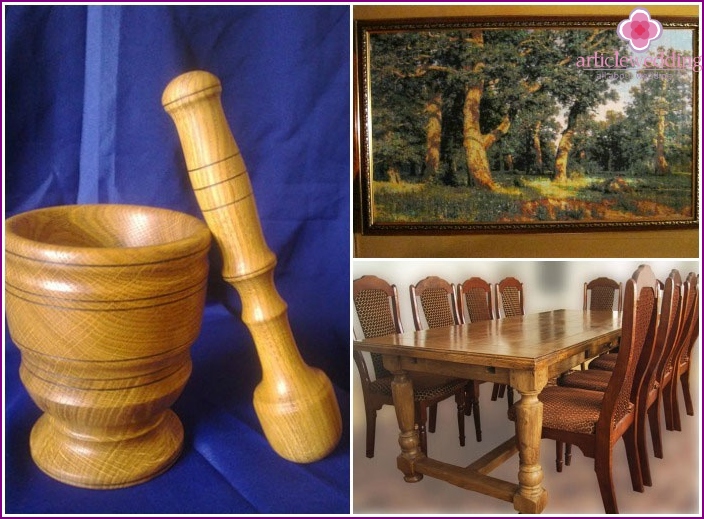 The main thing is to focus on the preferences of the husband and wife, then they will definitely like the gift!

The eightieth anniversary of the marriage, which is called oak - is another reason to please the elderly spouses with their attention and care. In no case do not neglect the celebration of this anniversary, let older people feel the limelight!