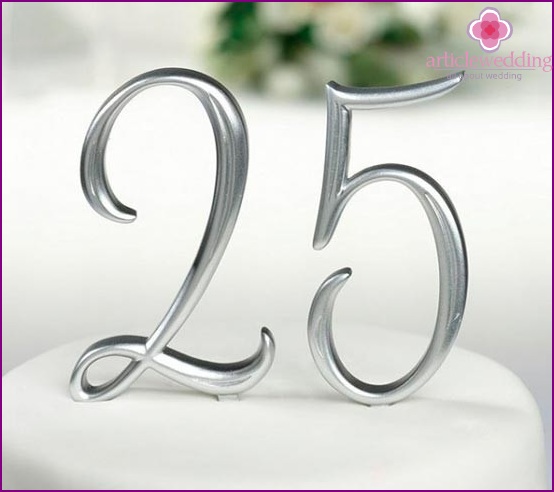 But this is not the first metal to name wedding anniversaries. Before the silver wedding, there were already nickel, tin, and cast-iron weddings. But these metals do not belong to the noble, they symbolized only the strength of the union, but not its nobility and beauty. And 25 years they say that the couple managed not only to keep love, but also to avoid many underwater reefs in family life, making their feelings noble and strong.

According to ancient custom, on this wedding anniversary, the husband and wife must always give each other silver rings, which should be worn on the middle finger of the right hand (next to the one on which wedding ring). 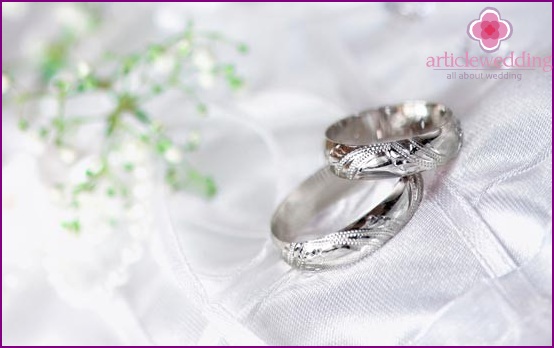 The morning of the day of this wedding anniversary should begin with washing from silver utensils, which is carried out in three stages. The first washing away from the spouses lived years, the second - all sorts of excitement and sadness, the third prepares them for the beginning of a new life stage. Each washing step ends with a towel wipe..

A festive evening can be held in retro style, which will sound your favorite tunes and songs of the spouses. A “surprise slide show” or a poster in which the most interesting and most significant moments of their life together can be a pleasant surprise for holiday anniversaries. 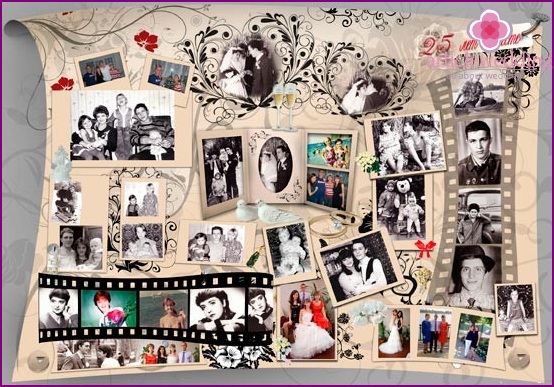 Previously, in the wedding year, three bottles of wine were laid, which were opened on the day of the silver wedding. The first went to the test of her husband, the second to the table - the first toast began with it, and the third was intended only for spouses - it was necessary to drink it during the evening.

At the end of the anniversary evening, the couple escort guests and sit down at an unclean table to drink a cup of tea. This ceremony of tea drinking symbolizes the unity of the spouses..

When laying the wedding table on the day of this wedding anniversary, you should use table silver; to decorate the table and the whole room - silver ribbons, garlands, vases, flowers silvered with varnish. 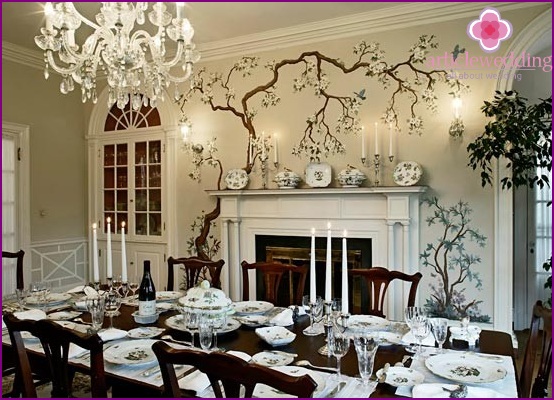 A silver wedding is a wonderful anniversary, marking a strong union of two loving hearts that have been together for 25 years, no matter what. On this day, spouses are congratulated by their friends and relatives. You will find many good and original congratulations here:

What to give for a silver wedding?

On the 25th wedding anniversary, guests give spouses silver items: 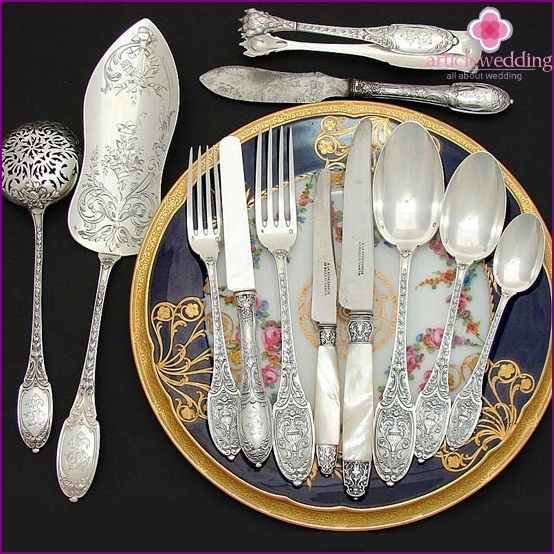 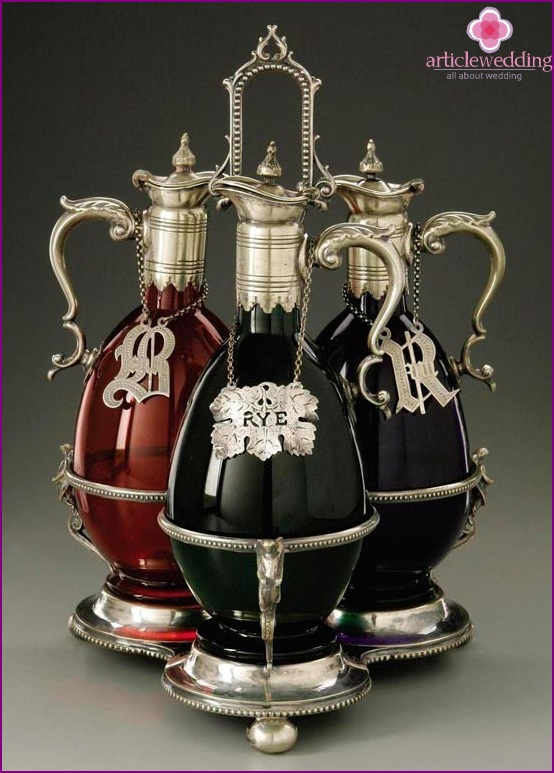 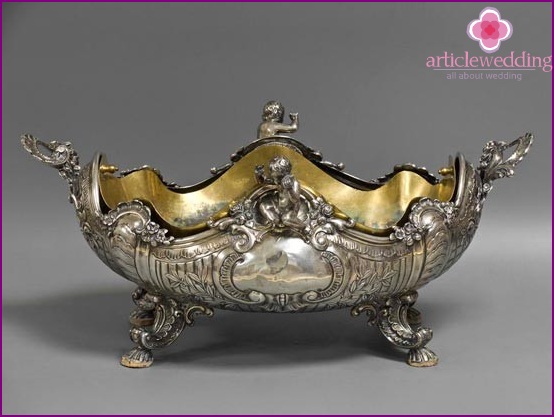 Of non-standard silver gifts, you can recommend buying this year's silver commemorative coin or two silver spoons. An unusual gift will be a gorgeous cake decorated with a scattering of silver beads or having “silver-plated” elements. 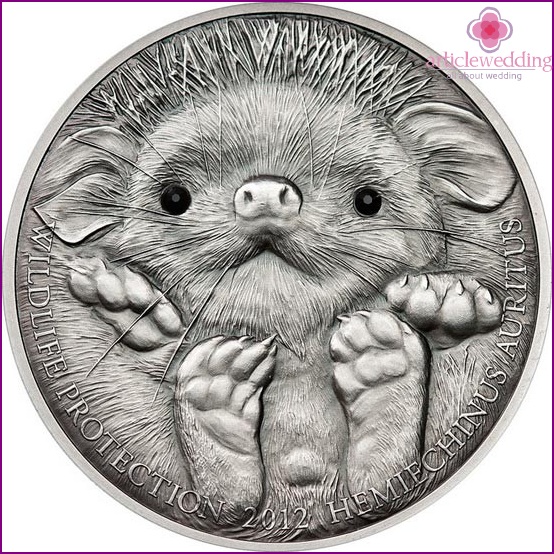 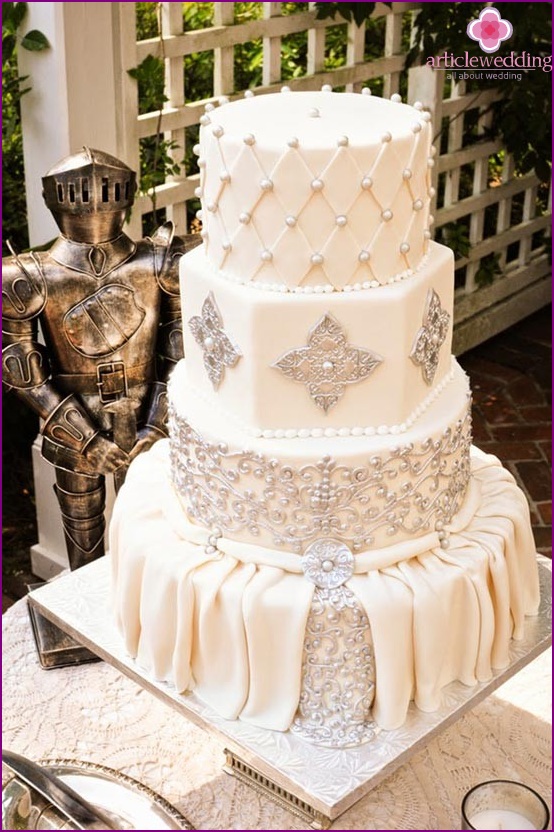 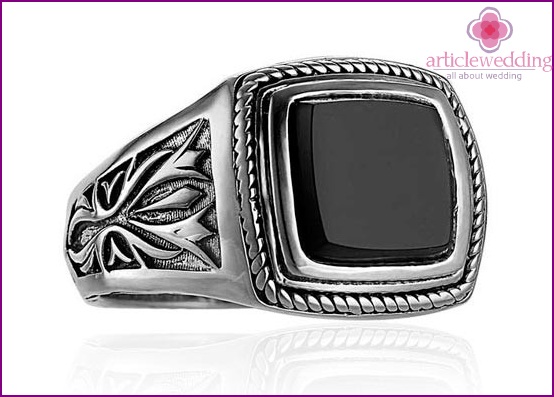 An underwater wedding is creative!