Home › Wedding preparations › Signs › When is the best time to play a wedding?

When is the best time to play a wedding?

The joyful day of engagement has happened. People loving each other decided to tie the knot and live side by side all their lives. Enthusiastic feelings are replaced by light anxiety and worries about the organization of the upcoming celebration: when is it better to play a wedding, whom to invite, where to celebrate a joyful event, where to go on a honeymoon. The first step in planning a wedding is to decide on your day and set a date for your wedding..

According to astrologers, 2016 is the best year for marriage. This is the year of the Horse, a powerful animal. The Blue-Green Horse will bring into the union of two loving hearts not only unrestrained passion and ardent feelings, but also prudence, pragmatism, and practicality. Couples who legalize marriage in the year of the Horse will live happily ever after, surrounded by warmth and care. 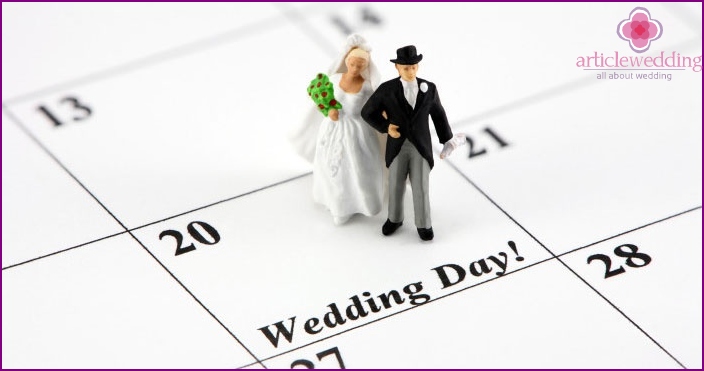 To choose the date of marriage, it is better to use not only the church calendar of great holidays, but also listen to astrological forecasts. So, astrologers do not advise getting married on days of solar and lunar eclipses. Throughout 2016, such days will be April 15, October 8, April 29, October 24. It is better not to marry during the retrograde Venus - this is the period from 12/22/2013 to 01/31/2016. The moon and Venus negatively affect the family union, bring discord, turmoil, squabbles.

If you take into account the lunar calendar, it is better to play a wedding in the 3rd, 6th, 10th, 11th, 12th, 15th, 17th, 21st, 24th, 26th or 27th lunar day. It is recommended to set a holiday for the day of the young, growing moon, so your relationship will always be filled with love, respect and understanding. If the moon is in the sign of Taurus, Libra or cancer, then the couple will live for a long time.

Believers will choose the day for the wedding according to the Orthodox calendar. According to Christian canons, Tuesday, Thursday, and Saturday are considered forbidden wedding days. You can’t arrange festivities on the days of major holidays, the list of which is on every Orthodox calendar. In addition, it is forbidden to play a wedding during the posts. 2016 posts:

The best days for the wedding of 2016 according to the church calendar:

Favorable days for marriage in 2016

When choosing a date for a wedding in 2016, you must be guided by the same recommendations that are given for 2016. That is, it is better to avoid Tuesdays, Thursdays, Saturdays, large church holidays and their eve. Keep in mind that the Green Sheep will dominate throughout 2016, which, according to the Eastern calendar, will take over on February 19, 2016. According to astrological signs, this year will be distinguished by inconstancy, inconsistency, spontaneity. Before legalizing a relationship, it is best to carefully consider your decision..

It is important for some newlyweds to choose not only the correct, but also a beautiful date to play a wedding. In 2016, there are not so many beautiful numbers, but still among them it will be possible to choose the date you like. For example:

What season is the best time to play a wedding??

Autumn is considered to be a traditional time for marriage. In autumn, weddings are played everywhere. Since ancient times, this time was considered the wedding season. This is due to the fact that during the spring-summer period, people were engaged in gardening, from which they were released only in the fall. In winter, many did not want to celebrate magnificent celebrations due to the lack of inexpensive products. Therefore, autumn was considered the best time of the year to play a wedding: warm weather, beautiful golden foliage becomes the decoration of the celebration, tables are full of various dishes, thanks only to the harvest.

Autumn is still considered the season to marry. Photos and videos from the fall wedding always look festive, luxurious, romantic and enchanting. The weather is not as hot as in summer, but not as cold as in winter. In the fall, you can save on a banquet, because products at this time of the year are cheaper compared to other seasons. 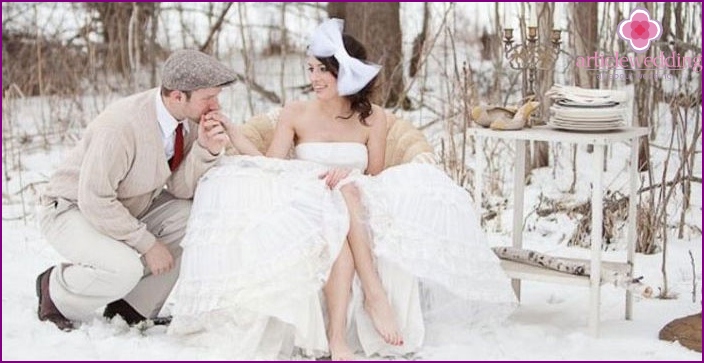 Some newlyweds want to get married in the winter. During the winter season, many auspicious days come to celebrate the wedding. February 14, Valentine's Day holiday is considered to be a favorite day among newlyweds: there are queues in the registry offices, because couples want to legitimize their relationship on such a great day - the day of all lovers. Photos from a winter wedding will be beautiful, the bride will look especially solemnly in a white dress on a background of snowy landscapes. 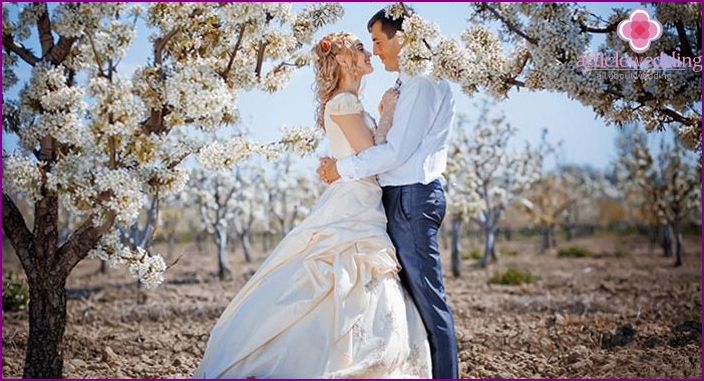 Those who wish to get married in the spring, it is necessary to consider that March and part of April - the time of Great Lent, when it is forbidden to get married. Starting next Sunday after Easter, the spring wedding season begins. The weather is already stable, the warm rays of the sun will not allow the bride to freeze in an open dress. Trees covered in beautiful white will be the perfect backdrop for a beautiful wedding shoot. Spring is the time when it is better to organize themed romantic weddings.

Many couples want to play a wedding in the summer. In summer, the bride can put on a light open dress. Green lush grass, colorful, varied flowers and sunbeams are the perfect natural setting for a summer wedding. In the summer months there is the opportunity to play a celebration in nature, which can not boast of other seasons. As you can see, each season has its advantages, the final choice of date is left only to the bride and groom.