Home › Wedding preparations › Signs › Is it possible to wear wedding rings before the wedding?

Is it possible to wear wedding rings before the wedding?

Wedding rings are one of the main attributes of a wedding, this solemn event that marks the beginning of a married life together. The vast majority of girls dream of a successful marriage, and the ring on the ring finger is a sign that this joyful event in the life of a woman has already happened. Therefore, the girls can’t wait to tell the whole world about their feminine happiness early and decorate the ring finger even before the bride and groom officially formalize the relationship. But is it possible to wear wedding rings before the wedding? Would such haste hurt?

Why you can not wear a wedding ring before the wedding?

Many peoples of the world have beliefs and traditions associated with wearing engagement symbols. According to them, wearing a ring on the ring finger symbolizes marital fidelity, as well as the fact that the fate of the newlyweds are entwined in a single circle. Also, wearing them makes others aware that the woman is bound by marriage, and is not in search of a partner. But while the marriage has not taken place officially, it is not customary to wear a ringlet on the ring finger. But what if the wedding is about to take place, and I want to put the decoration on my ring finger right now? 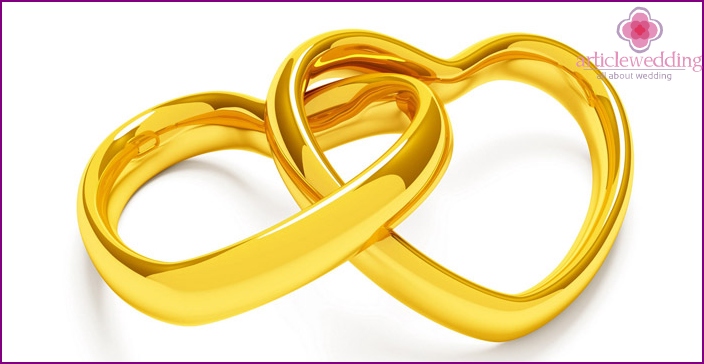 Some women relate to this issue simply, they easily put jewelry on the ring finger, not being in a marital relationship. Some unmarried, divorced ladies wear rings on their ring fingers for the following reason: the beauty of a woman draws attention to her, and many do not like this importunity, it is easier to put on a ring and live in peace. In addition to unmarried women, they are also worn by ladies living for many years in a civil, unofficial marriage.

It is another matter if a girl doubts whether to wear it or not. If the relationship is not very strong or the bride has a lot of envy, does it make sense to tempt fate? Probably not. Why create an extra reason for worries? What if something really goes wrong and the wedding is postponed? There is also another, more significant reason not to wear wedding rings before the wedding. It is known that during the marriage ceremony the newlyweds will wear them for the first time. This is a joyful, long-awaited moment for them. So why spoil your holiday and put on a ring ahead of time? 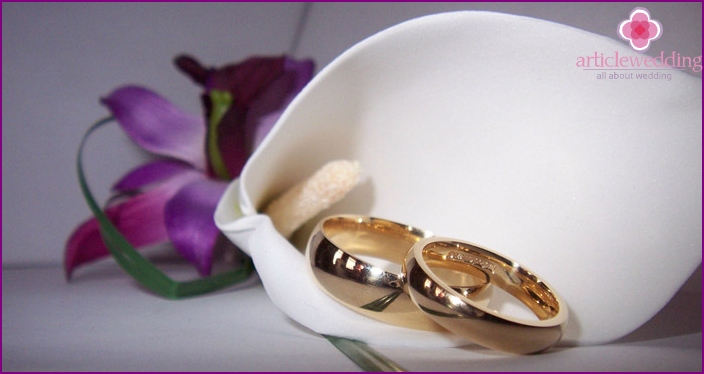 It is popular among people that wearing rings before marriage can be the cause of various troubles and problems during the wedding ceremony, up to its cancellation. There is also a belief that a violation of wedding customs is fraught with a sudden and quick divorce of spouses. Like it or not, no one will say. In addition, there are other beliefs associated with wearing wedding attributes:

According to traditions, before the ceremony of marriage (betrothal), two more rites should be held - matchmaking and engagement. Matchmaking is the acquaintance of future newlyweds with their parents. After the matchmaking, the engagement follows: on this day the groom makes an offer to the bride and they submit an application to the registry office. On the day of the engagement, the bride is also given the engagement ring.

After this rite, the newlyweds no longer hide their feelings, they begin joint preparation for the ceremony of wedding and marriage. The bride has the right to wear and show her engagement gift to her friends and acquaintances immediately after he was presented. His bride will wear only a few weeks - until the moment the wedding takes place. 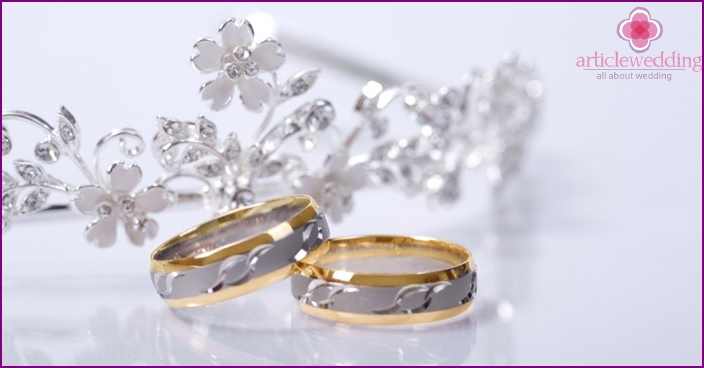 When to start wearing a wedding ring?

A wedding symbol is worn only when the newlyweds are declared husband and wife - not earlier. From that moment, the bride became the legal spouse and received the right to wear jewelry on the ring finger. However, if the bride wants to wear it before, there are no prohibitions for this. According to popular beliefs, wearing a ring before marriage is undesirable, but if a woman does not believe in signs, she can do as she sees fit..