Neckerchief - A Fresh Alternative to a Traditional Tie

Fashion for the groom
by Karina

This accessory will easily revitalize the image and add bright accents. And at the same time, it will not add a dry touch of officiality. Well, and, of course, the neck scarf still has a lot of advantages. Firstly, even on a hot day, the groom will feel comfortable without feeling the noose around his neck. In addition, if after five minutes the husband needs to bend over, say, check to see if the bride’s shoe is in place, nothing will hang in front of her nose. The main taboo for the groom’s neckerchief is by no means the color of the suit. We want to add brightness, not merge? 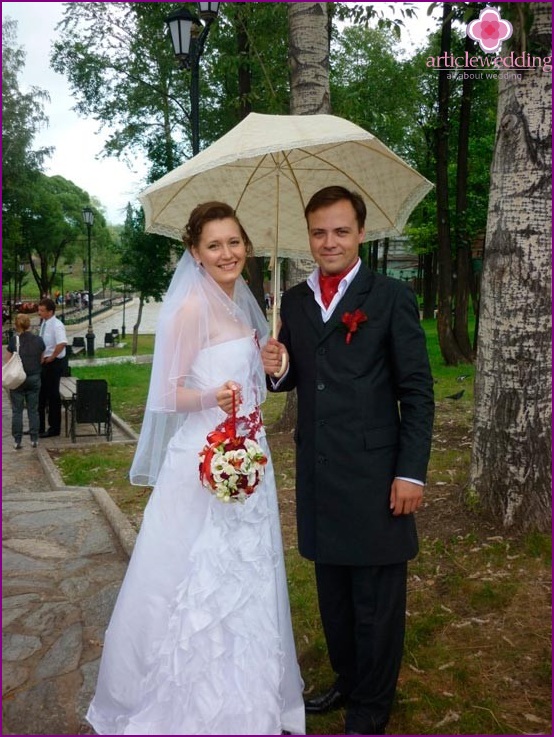 On taste and color

«And how many styles there are in the neck scarf? » - protest capricious adherents of the tie tradition. The wedding portal www.articlewedding.com guarantees: plenty! Consider the top three leaders. 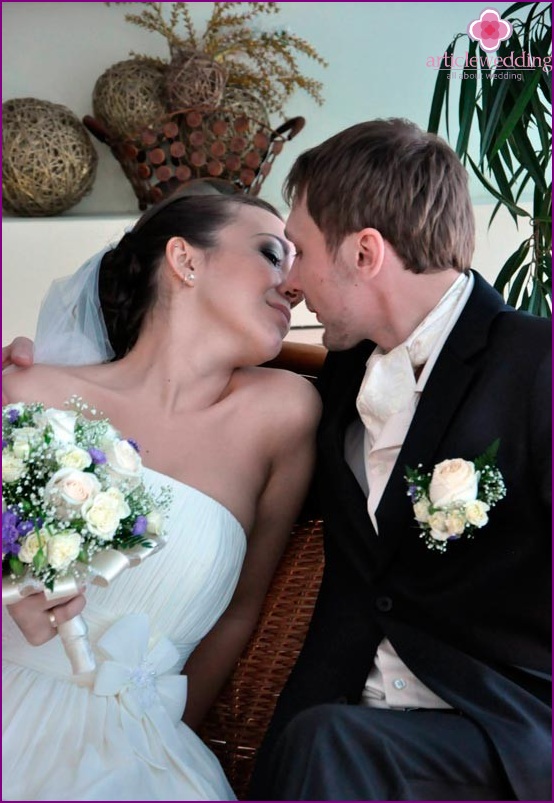 Especially we love fashionable bride and groom ascot. He, as well as possible, will complement the image if you plan to appear at the wedding with a true London dandy. Why London? So the motherland of this scarf is Great Britain. And to be completely accurate, this detail of the image was very beloved by gentlemen at the races in Ascot. Hence, by the way, and the name. The accessory is a fairly long shawl with expanding triangular edges. It is usually made of printed silk. Although variations are possible. 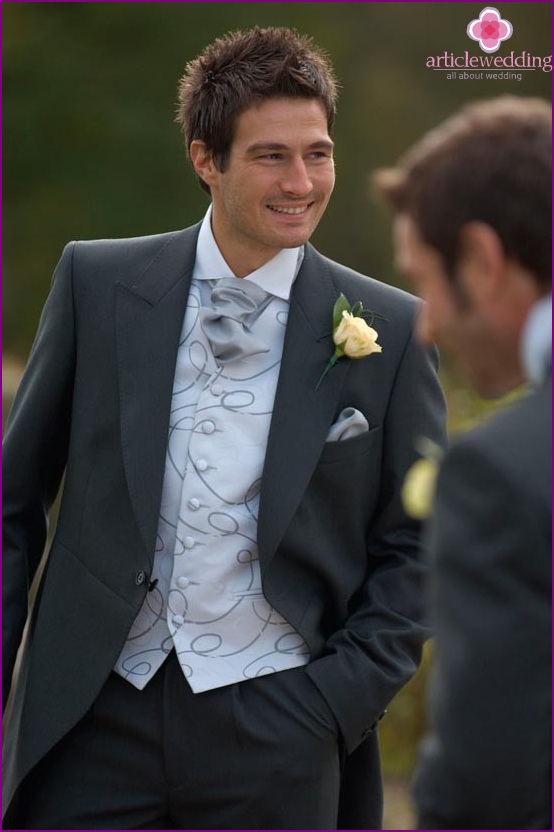 The undoubted advantage of the ascot scarf is that it is very easy to tie it. We put it on the neck, cross it on the chest, thread the ends of the scarf into the resulting triangle and, of course, tuck it under the shirt. Voila! Elegant, stylish and laid-back image of the groom is ready.

The man in the case

And this is not about the famous Chekhov story. Everything is much simpler - the case is another kind of neck scarf for men. Its main feature is «to the table» in any outfit. Unlike the more aristocratic and obligatory ascot, the case can be worn even under a light knitted vest, or even under a club jacket. It is tied, in principle, like his previous brother. True, there is a small and significant «but». If the ends of the Ascot scarf are tucked under the shirt, then the knot of the case is simply stabbed with a beautiful pin and put up for public display.

The third kind of neck scarf is called plastron. It is believed that he is the most strict and official representative, a sort of «ascetic» among neckerchiefs. It is much wider than ascot and, moreover, a case. Plastron can be called peculiar «hourglass». The top and bottom of the shawl are wide, and the middle is narrower.

Tie his site www.articlewedding.com advises on top of the shirt, securing beautiful brooches. There are two types of strict plastron. The first is already sold with a finished unit. The groom can only put on and pick up jewelry. And the second will have to work hard and tie yourself. Interestingly, the plastron assembly is called «Ascot». Yes, it didn’t seem to you, just like the first version of a neck scarf. Only the knot and scarf are dramatically different. 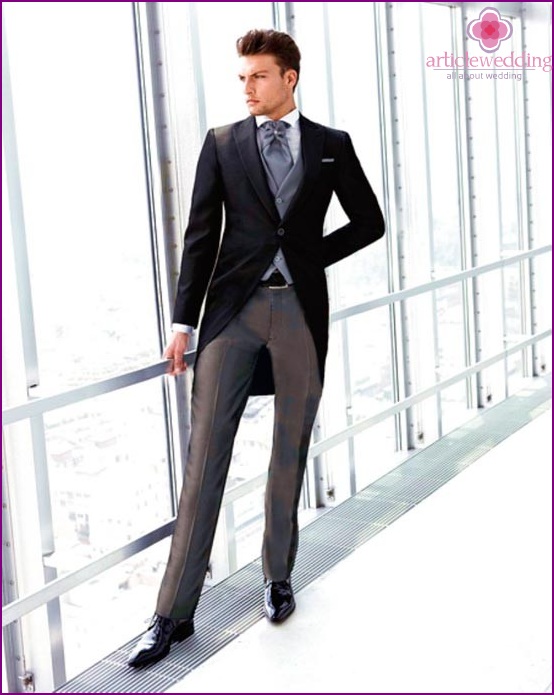 Another main difference of the plastron is that it recognizes the proximity only to the classic look of buttonholes. By the way, «capricious» a wedding accessory requires not only a special boutonniere, but also a special jacket with a so-called business card. In more detail, this is a jacket on one button and with rounded sides.

Writing an oath of love on our ...