The entertainment program of any wedding consists of fun contests where guests of the event willingly participate. Thanks to the competitive program, guests will be able to relax and move. The selection of contests for the celebration should be taken responsibly so that not a single participant in the wedding ceremony is left aside, and also has the opportunity to have fun. Hold a contest to create a relaxed atmosphere. «Limbo» at the wedding. What are its rules, what will be needed for the game?

Competition called «Limbo» comes from the eponymous Hawaiian folk dance. He became the basis of a fun competition. The essence of the competition is as follows: the participant must pass under a taut rope without touching it. The game requires the ability to balance and control the coordination of movements. But often even the most sober wedding guests are not able to fulfill the conditions of the competition the first time. Movements are best performed with rhythmic music, preferably disco.

The number of participants and the rules of the Limbo contest

A game «Limbo» passes with the help of a host and one who wants to compete - a wedding guest. It is advisable that the host will become the leader, because he will be able to start an audience, as well as to heal almost all guests, even ladies, to the game. The leader needs an assistant to hold the rope. If the event has an even number of women and men, a competition called «Limbo» easy to hold in pairs. Then the man holds his partner under the rope so that neither she nor he touches the rope. A. 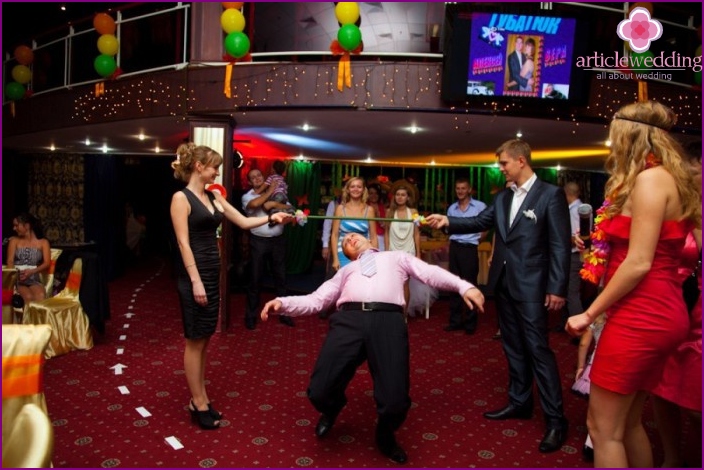 It is necessary to start from a great distance from the earth, so that the excitement does not fade prematurely. It is worth considering the growth of the participant, because shorties are more likely to fulfill the conditions of the game. Spend the game in the wedding hall, because on the street this event can result in serious injuries. It is advisable to organize a competition during a feast, having gathered in a circle. Then those who wish will have the opportunity to compete, and the audience will be able to observe what is happening with genuine interest and appetite.

In the video below you can see how the contest looks «Limbo» from:

Details for the competition

For hot «Limbo» you will need only one simple props: the rope, which is needed to fulfill the conditions of the competition. Make sure that the main attribute is strong, if the participant accidentally hooks on him, the competition will end in injury. If necessary, you can replace the rope with a stick. The stick was originally used to conduct this competition, because with its help the height is better controlled. But later it was replaced with a practical rope.

No competition can do without rewarding the winners. So, at the end «Limbo» prizes must be awarded to participants who have completed the maximum number of passes under the rope. Such gifts as champagne, T-shirts with funny inscriptions, commemorative magnets with photos of newlyweds are suitable as gifts. You can also give the winners a decorative soap, a soft toy, sweets. Turn on your imagination and wedding participants will be delighted with your gifts.! 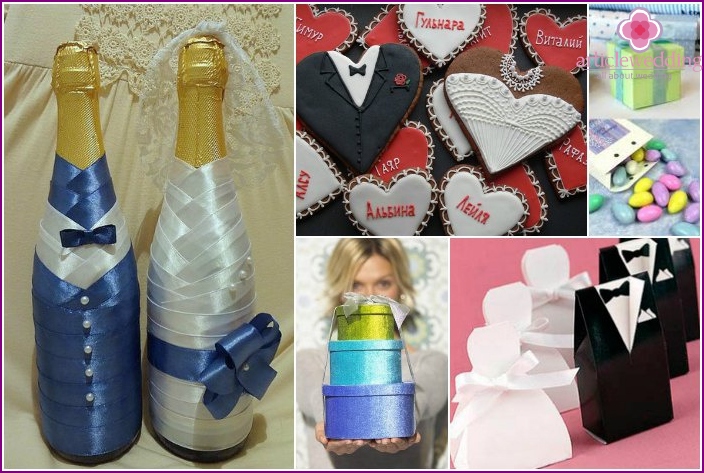 Competition called «Limbo» at the wedding ceremony is a great way to have fun, have fun, get new experiences. In addition, this game will leave a lot of memories about your wedding. Do not forget to take photos and videos to refresh your experience at any time..

Have you ever had to take part in such wedding entertainment? Share your impressions in the comments!