The tradition of exchanging wedding rings

“An engagement ring is not a simple decoration ...” This song sounded not so long ago at all weddings. At the same time, melodic and rhythmic, funny and, surprisingly, philosophical. But, indeed, wedding rings are different from all others. 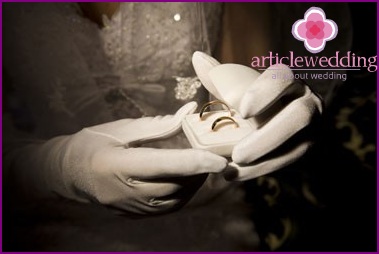 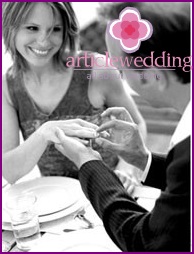 This is not just a beautiful little thing or an expensive gift from a loved one. Even the ancient Egyptians believed that the bride and groom, putting on such rings, forever connect their lives with each other. Philosophers of those times considered the circle a symbol of eternity, which means that a happy couple, fastening the union with wedding rings, confirmed their decision to be together not only in earthly life, but also after it.

Following the inhabitants of Ancient Egypt, this amazing tradition was adopted by the Greeks, Romans and Indians. And behind them is everyone else. By the way, our distant ancestors also thought of putting a wedding ring on the ring finger, who believed that it was connected in a special way with the heart and endowed with mystical properties that help to heal various ailments.

And in the Middle Ages, the tradition of giving an engagement ring for the first time became the duty of the groom. Pope Nicholas I, by his decree, ordered all grooms to give their brides a mandatory golden ring as a confirmation of their intention to get married. A little later, the rules became less stringent: wedding rings could be not only of gold, but also of silver and even of iron.

Today, the rules for choosing wedding jewelry are more democratic than ever. But the consultants of leading jewelry houses and craftsmen are unanimous in their opinion - the engagement ring should be both simple and elegant. You can buy ready-made jewelry in the store, or you can order their production according to an individual sketch. This is just a matter of your imagination. Ideas can be found everywhere. For example, turn to the works of ancient masters who made wedding rings for royalty. Interestingly, despite the almost unlimited possibilities of modern jewelers, many prefer modest smooth products or those in which the number of stones and decorative elements is very small. It is believed that the smooth surface of the ring is the key to the same smooth family life, in which there is no place for quarrels and sorrows. 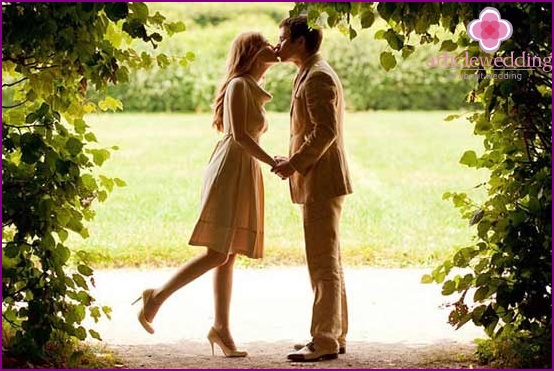 Of course, happiness does not depend on whether there will be many diamonds on the ring, you will choose the original version with one stone or a smooth product. The most expensive wedding rings are the ones that spouses wear for a long time..