Wedding is a traditional celebration. No matter how new-fashioned she tried to be organized and carried out, as a rule, biting a loaf, breaking glasses, collecting money into the sliders “for a girl-boy” and other activities that became already familiar at this holiday could not be avoided. However, I still want some kind of novelty and originality. Therefore, the wedding portal www.articlewedding.com decided to collect and present to its readers the most unusual traditions and ceremonies for a wedding from different parts of the world. Perhaps something each of you will be able to adopt for their triumph. 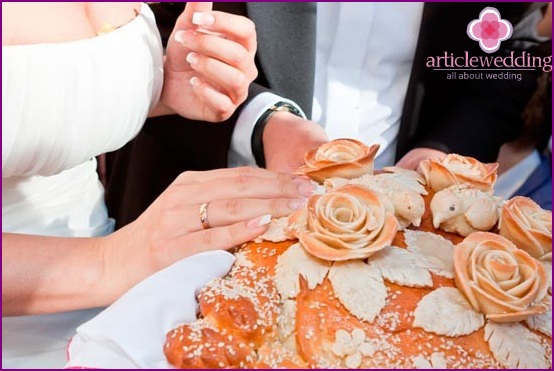 In Japan, sake (rice vodka) is considered to be a drink of the newlyweds. But she must drink in a special way: exactly nine sips. In this case, the first of them is considered the most important. It was after him that the marriage can rightfully be called spouses. 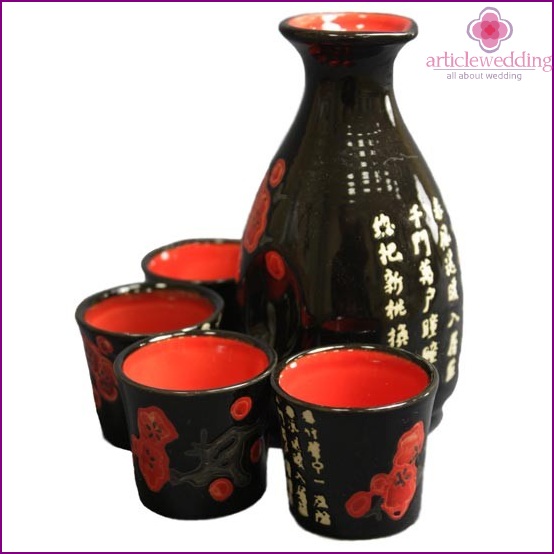 On the island on the other side of the Eurasian continent, a different tradition has developed: after pronouncing the oaths of allegiance, the newly-made husband must put a checkered scarf on his wife’s shoulders, securing it with silver pins.

By the way, the colors of the scarf should reflect the spouses traditionally accepted in the family.

An alternative to children's sliders for "collecting money" was invented in Greece. Here, traditionally, a special dance is arranged at the wedding ceremony. Together with the newlyweds, guests are also allowed to dance, and at the same time, colorful bills are attached to the costumes of the heroes of the occasion.

There is another Greek wedding custom - special preparation of the wedding bed for the first night. Before you let the spouses on the bed, children should jump on it, run, indulge. By giving it promises the family prosperity and abundance.

Distinguished in wedding ceremonies, of course, and Africa. The tradition, which later became widespread in America, is to jump over a broom. It is this thing that Africans symbolize the hearth and family life. Therefore, being one jump on the other side of the broom, the bride and groom begin a joint path.

There is another curious custom associated with the broom. After the African tribe of Kgatla, a young wife helps to sweep the courtyard after the wedding. This act means that she is ready to do the housework in the groom's house, and then - in their own home. 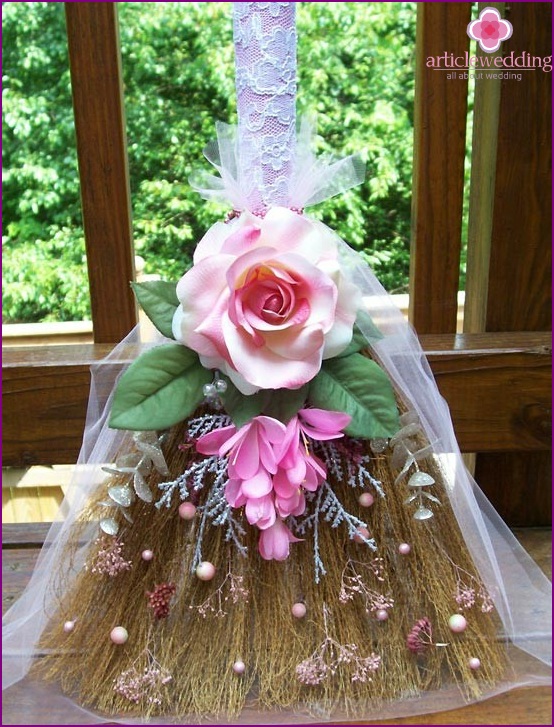 Navajo Indians have a special meaning in wedding traditions. for instance, bride's dress must be four-color. Each color means a specific side of the world: blue - south, black - north, orange - west, and white - east.

Other customs of this tribe are connected with the cardinal points. At the wedding ceremony, the newlyweds should be turned to the east, where the sun rises. So the couple face to face with the beginning of a new life and enter into a joint future.

But the British believe that the appointed wedding day does not mean that the bride and groom will become spouses. First you need to pass endurance tests! And not a strong man, but a bride. In order to get married, the girl must lift the lid of the church chest, as if revealing her happiness and future. This is not an easy task: you will have to lift a considerable weight. The main thing is not to tear, or even the wedding does not want.

The Germans did not lag behind the British in the quirkiness of wedding traditions. In Germany, before the triumph of her husband, they check for accuracy and thrift. Having made an offer to his girlfriend, the young man must sweep the stairs of the city hall. And the bride, in turn, evaluates the quality of the "cleaning" done. This tradition is especially appreciated in the city of Bremen..

But it’s better to tidy up a few steps than to literally be beaten, as is the case in Nigeria. Relatives of the bride pounce on the groom with all their might and check his readiness for life's difficulties. For this rite, a special “corridor of people” “armed” with sticks is built.

And the most unusual wedding tradition adopted in Chechnya. Here, during a wedding feast, men should sit separately from women, and the bride ... stand in a corner. And not just a couple of minutes, but the whole holiday. As the saying goes, "it’s my own fault." Instead of congratulations, the guests shout “Bring some water!” ", So it is accepted. In this case, the request should be granted. Congratulatory takes a sip from the presented bowl and then throws money there.

There are other, no less curious wedding traditions in the world. Www.articlewedding.com will talk about them in subsequent articles..