Each nation, of course, has its own special wedding traditions and rites. Take, for example, a handshake: for us this is a sign of friendliness and greeting, but for hard-working Japanese it means the exact opposite. In the same way with weddings. In some countries, for example, it is customary to throw a garter to unmarried friends, but in good old England this cannot be done..

We all, of course, know that the British are very fond of and honor their traditions. Some of them came to our time with centuries of experience in reserve, some were invented recently. But most importantly, they are all honored with special love and affection. And the English wedding itself is saturated with mysterious romance. 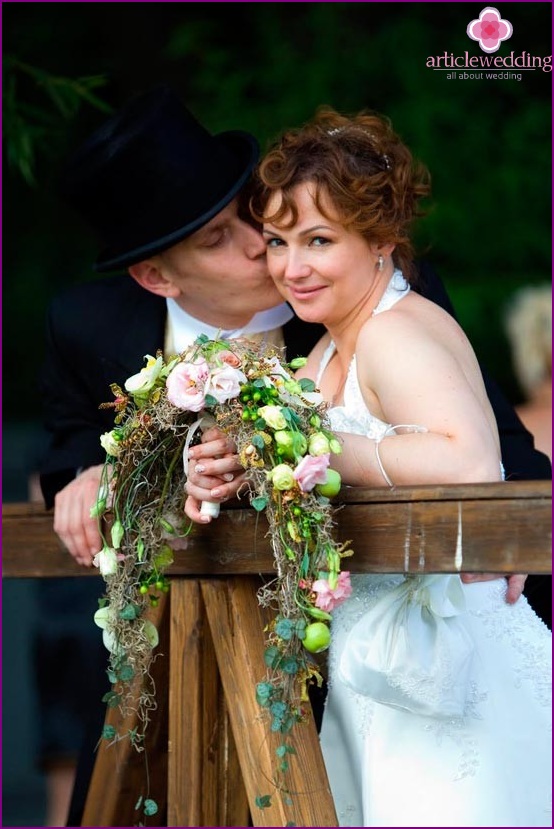 Today www.articlewedding.com decided to open the veil over the mysterious traditions of the English wedding, and perhaps we will begin with wedding attire the bride. English girls most often choose a wedding dress in white or pastel colors. It is believed that in the outfit of the bride there must be something new and something old, something borrowed from a woman who has long been happily married and, of course, something blue, as a rule, is a garter . And do not forget about the coin in the shoes.

It is the blue color that is a symbol of love and hope. Accordingly, all decorations at the wedding should be of this particular shade. What is still important, modern English women have introduced a new tradition - to sew clothes from a wedding dress for the baptism of their first child. Pretty cute innovation they came out. 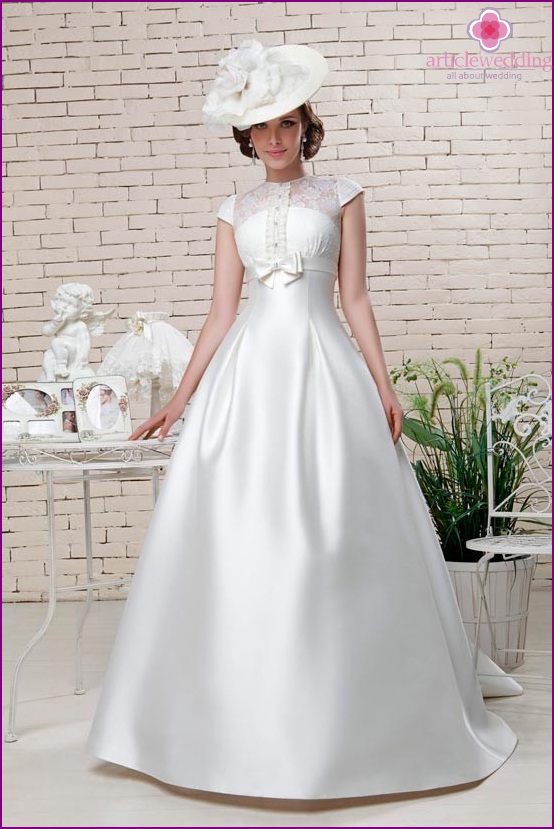 What is a wedding without the friends of the groom and, of course, the bridesmaids? As in our country, their role is important and special. As a rule, dresses for bridesmaids are chosen in the same color and sewn to order. This is paid in turn by the mother of the bride. It is believed that there should be six bridesmaids and the most important of them, which will carry a bouquet and always be near the bride herself, must be selected. And also her duties include decorating the house and the road to the place weddings, while the bride herself is forbidden, so that her future family life is happy.

But there was only one witness at the wedding, and his task was to negotiate with the priest about the wedding ceremony and bring the rings. 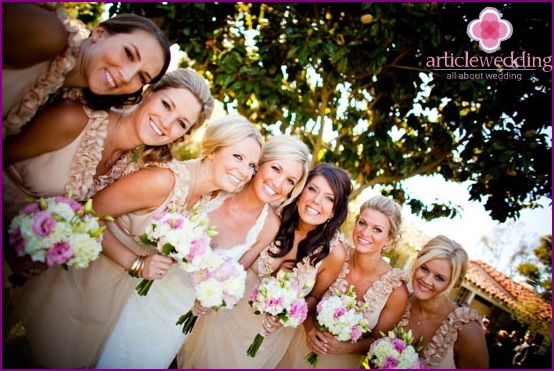 According to tradition, the road to the church was accompanied by songs and gunfire to scare away evil spirits. During the ceremony, a little girl walked in front of the newlyweds and scattered flower petals. It was a symbol of a happy and joyful family life for newlyweds..

Upon entering the church, the future spouses had to jump over the bench, thereby showing that they were ready to pass any tests for the sake of their love. It was at this moment that the bride allegedly lost her garter, and unmarried friends picked her up and carried her around the church. Just a couple of centuries ago, newlyweds at the exit from the church were showered with crumbs of cake. And today, a special confetti in the form of hearts, small horseshoes and flowers is pouring on the head of these lucky ones.

As for modernity, we all already know about the customs of the 21st century English wedding from films. The groom is waiting for his bride at the altar, and the bride herself, accompanied by her father, goes to him to a beautiful and romantic melody. And, importantly, the melody must be performed live. Perhaps this is the only change in the traditions of the English wedding. 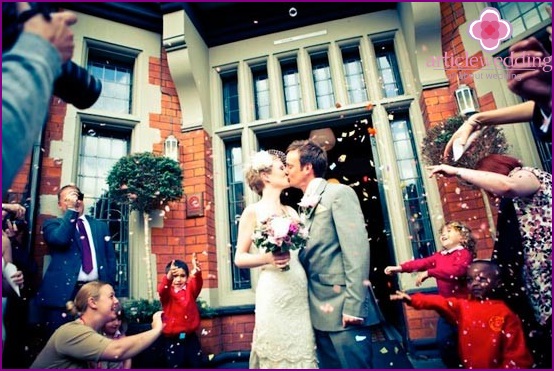 Mention should also be made of a tradition such as throwing a boot. This item is a symbol of good luck and happiness. According to tradition, a friend of the groom throws a shoe out of the car, and the bridesmaids should pick him up. The one who smiles at luck or is more agile than the others will soon be the first to marry.

An important role in a traditional English wedding is played by a wedding cake. As a rule, there are two of them: the bride’s white cake and the groom’s darker cake. It is the bride who must cut the cake, and the last piece goes to some unmarried friend of the groom.

Final notes of a wedding celebration

After a fun wedding feast, the newlyweds go to romantic trip. A shoe is attached to their car, which is a symbol of good luck in family life. By the way, as for gifts: they open them after they return from their honeymoon. These are such strange and very romantic these British. 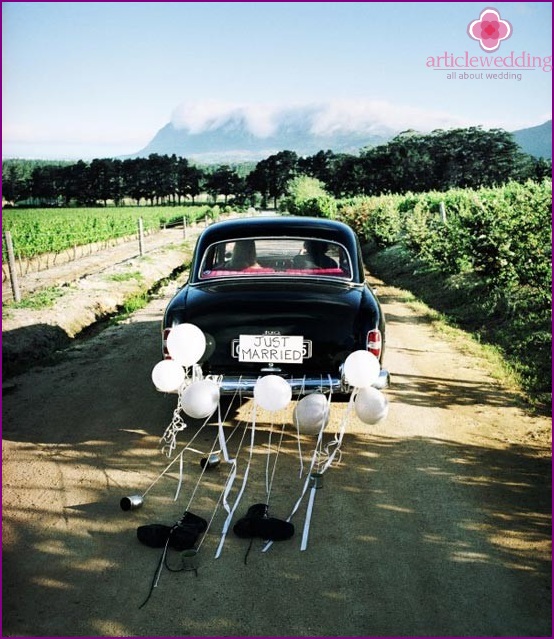 We got a little excursion into the secret world of wedding traditions of good old England. And the site www.articlewedding.com hopes that these ceremonies can serve as a good example for your future ceremony. After all, a wedding in the English style is a kind of small world, filled with romance and the most tender, most beautiful feelings.