The story of the bride’s wedding garter

Today garter known to us as an integral attribute of a bride’s wedding dress. Whether it was a hundred or two hundred years ago, it will be interesting to learn from the pages of the encyclopedia.

Garter! A truly unique element in women's underwear. The garter owes its birth to the French; with its help, they came up with the idea of ​​supporting one of the sexiest items of a woman’s toilet — stockings! Translated from French, garter means "popliteal cavity". 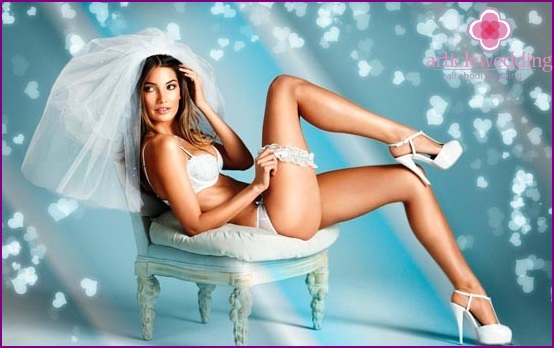 Initially, the garters were silk stripes or ribbons. As a rule, they were carefully tied on a leg, sometimes fastened. It is worth noting that in those days, garters were not just an element of clothing, but sex lingerie, they attracted attention and gaze (provided that the man was allowed to contemplate the lady’s leg for at least a second) and, oddly enough, carried peculiar information. For example, some ladies wanted to embroider explicit statements and drawings on their garters, such as “There is nothing to look for here”, “There is no free space in the heart”, etc..

In the XVIII century, the Marquise de Pompadour, known as the lover of Louis XV, made adjustments to the design of the garters, of which interest has remained to this day! It was she who noted the particular attractiveness for men of this accessory and managed to make it even more sexy, complementing the usual thing with lace, embroidery, bows and, accordingly, a special shine.

The end of the 18th century was marked by new metamorphoses in the design of garters. More and more ladies now prefer models with special springs made of copper wire, which are aesthetically inserted into a special thick lining. The idea of ​​this technology belongs to the famous dentist-surgeon Martin van Batchell! The cost of such garters was quite high, but the beauty, quality and, most importantly, the guarantee of securely tightened stockings encouraged women to buy this expensive, but insanely beautiful and necessary attribute! 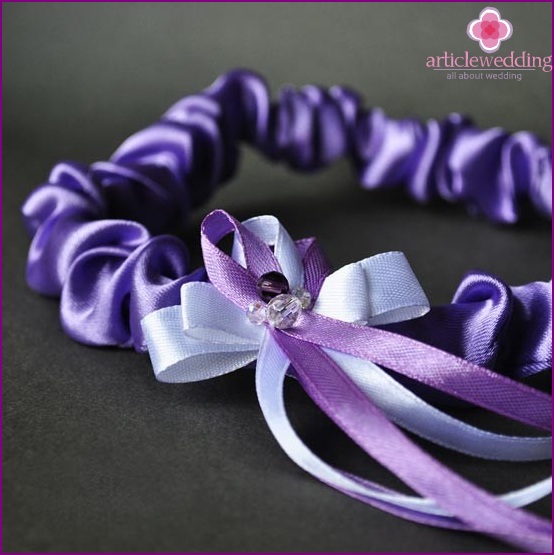 Fashion did not stand still, and the closer the time moved to our days, the more interesting the garters became, and the higher they occupied a place on the legs of women.

Today, garters, despite their sexuality and attractiveness, are appropriate in two places: 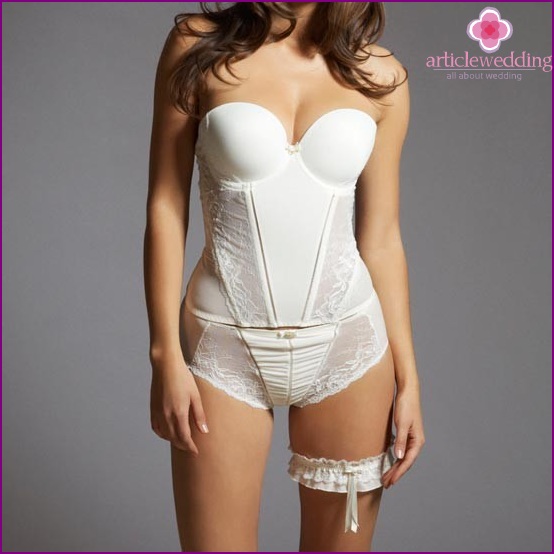 As for intimate evenings, it’s clear that the garter really gives a special charm to the female leg and doubles the beating of male hearts. Therefore, the stylization of costumes for adults and the decoration of their garters is understandable. Now we have to find out why modern brides wear a garter on their wedding day, and how this amazing tradition was born.

The tradition of wearing garter by brides, removing it and throwing it at the end of the wedding evening, has its roots in the distant past, which is interesting to learn about. Several centuries ago, even more than today’s days, special attention was paid to such items of the bride’s outfit as stockings, garter and shoes. They had a symbolic meaning: stockings and shoes symbolized a long and happy family life, good luck in business, a garter - fertility, fulfilling the wishes of young! 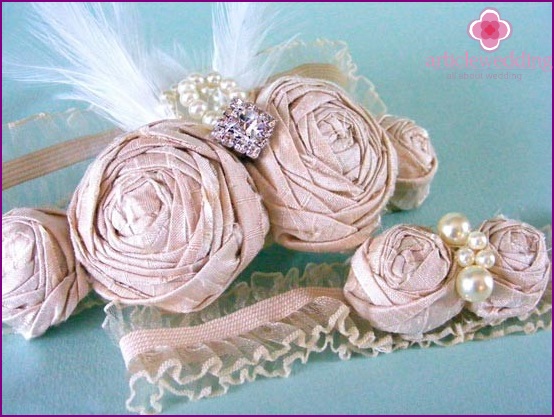 The first garter was "removed" and "thrown" in 1348 at a ball in Calais. The ball was organized in honor of the victory and capture of the city. King Edward III was passionately in love with the Countess of Salisbury. Dancing with her that evening, he noticed that her gorgeous garter slid to the floor. In order to save the lady of an unpleasant situation, he defiantly picked up an intimate garment and tied a garter around his knee, after which he firmly pronounced the phrase known to many today: “Shame on someone who thinks about it badly” (French “Honi soit qui mal y pence” ).

Interesting is the continuation of this story. The phrase of the king later became the slogan of the oldest Order of the Garter, which included 24 knights. It was not difficult to recognize the knights thanks to the blue velvet bandage on which their left knee was bandaged. The bandage was a symbolic attribute, recalling the act of noble deeds of men in relation to the lady of the heart!

Another tradition with the removal and throwing of the garter of the bride appeared in the XIV century. It was connected, again, with symbolism. In those days it was believed that the clothes of the bride and groom bring good luck and, most importantly, love, so each of the guests tried to get a part of the toilet of the young. Of course, grooms and brides did not want to stay naked at the end of the evening, and therefore it was customary to throw a lucky shred, namely, the bride’s garter, at the end of the holiday. In order to avoid theft of the garter, the tradition was born of her removal by the groom. 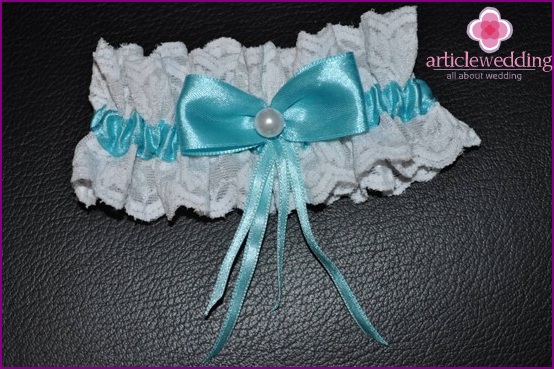 An interesting custom associated with the removal of the garter existed in the 19th century. At the end of the wedding ceremony, all the young men organized a competition: whoever first runs from the church to the house where the bride lived, receives the legal right to remove the garter from her pretty leg and tie her to the knee of her lady's heart. It was believed that she, like an amulet, would protect the family from infidelity.

Today, a wedding garter also symbolizes luck, fertility and happiness. A newly-made spouse romantically removes her to the music chosen by the young, and throws her to her unmarried friends. It is believed that the guy who caught the treasured garter, in the near future will find a soul mate.

A wonderful hair barrette with their hands