Registration of marriage is an official notification of the state on the decision of two citizens to become husband and wife. By this, people assume responsibilities and also receive the rights that are provided by law. For the procedure, it is not necessary to carry out rituals or ceremonies, the main thing is that the marriage certificate is in the hands of the newlyweds. Registration of a wedding without a solemn part is increasingly gaining popularity among young people who rightly believe that the money spent on a wedding is better used for more useful things for a young family.

How is an unrighteous marriage registration??

Unauthorized family registration is, in a way, the signing of an official contract when two people came to the civil registry office single, signed in the Civil Registry and left already married people. Such a ceremony is held only in the district registry office, where they register all changes in the status of people, from birth to death. In the Wedding Palace, such events take place only in a festive atmosphere. 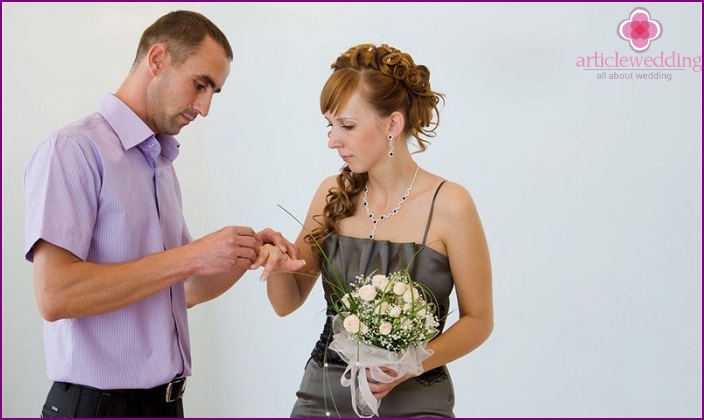 Non-formal registration may include relatives, friends or close relatives of young people. But, as a rule, the newlyweds take with them only witnesses who, after a short ceremony, shoot the young on video or take some amateur photographs as a keepsake. The formal registration procedure is as follows:

In the passports on the page «Family status» stamped. If one of the spouses changes his surname, then on the first page of his passport a note is placed on the replacement of the document within a month after registration of the marriage. Then the applicants are invited to a separate office, where the inspector asks them to put their signatures in the assembly journal and issues a marriage certificate to the newlyweds. At this, the solemn ceremony ends. Watch the video below, where the newlyweds quickly, cheerfully and in a good mood marry without a solemn part, official costumes and photo shoots.

What days is an unregistered registration??

Unlike a ceremony that can be ordered online, a simple wedding is only served in person, 5 weeks before the desired date. The moment of registration is set for a free date. As a rule, these are days from Thursday to Sunday, one to two months after submitting the application, depending on the workload of the registry office. In special circumstances prescribed by law, the period may be reduced to one to two days. Such cases include: 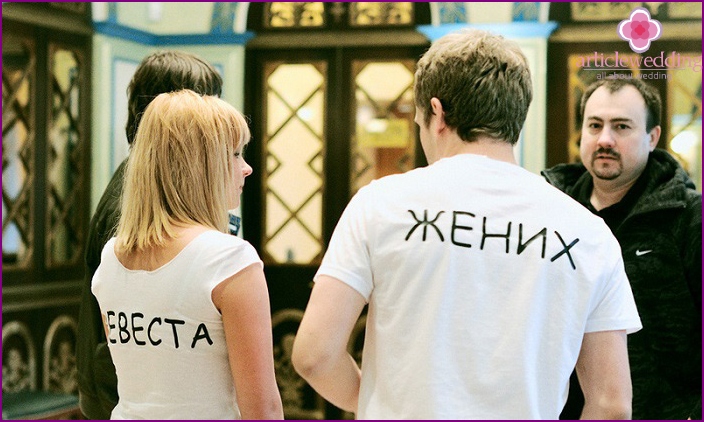 Registration of a young family without a solemn part in Russia is free of charge. The newlyweds only pay the state fee and bring a receipt on the appointed wedding day. The procedure takes no more than 15 minutes, and after signing the act, the newlyweds are considered spouses. No special clothing or formal consent required.

Photo not solemn registration of marriage in the registry office

Most tales end with a phrase «they got married and lived happily». Girls who have grown up under such stories create a stable stereotype that marriage is at the top of female happiness. Therefore, the enchanting dream of such women is an enchanting wedding with guests, dances and a banquet, which will promise happiness forever. Unfortunately, reality is cruel, and a magnificent wedding does not guarantee a calm and carefree life for her husband. What it will be, depends only on the marriages themselves. 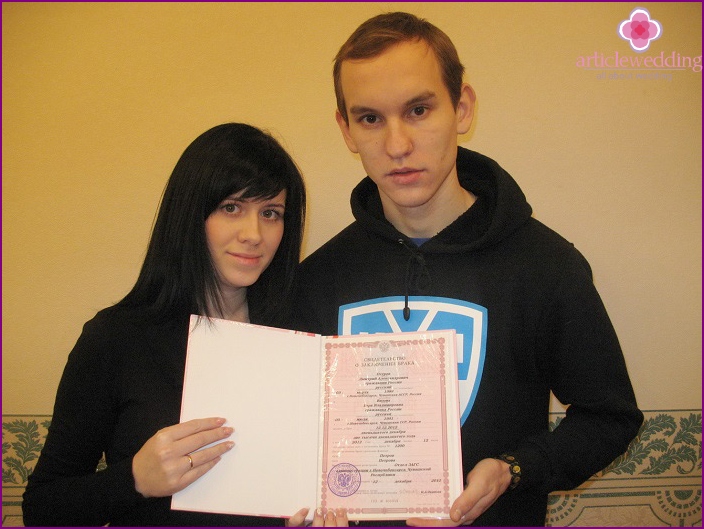 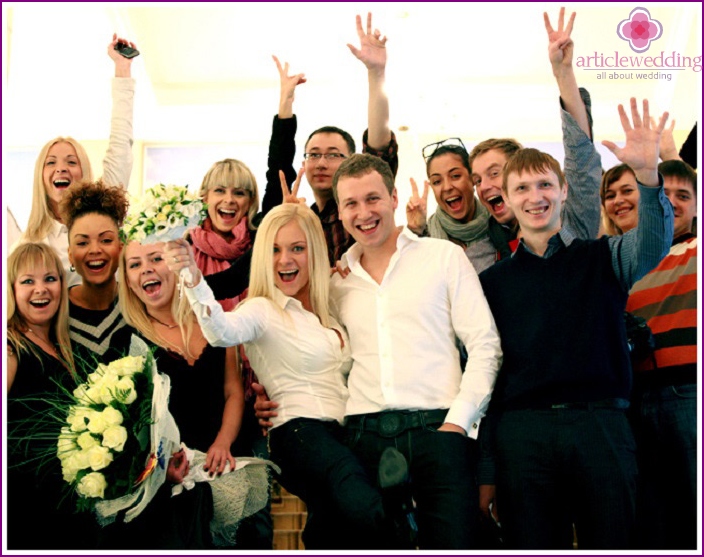