A wedding in a church is a religious rite of consecration of family ties according to the Orthodox, church tradition. The decision to hold the sacrament is made by the newlyweds already legally married. If, in addition to the wedding registration in the registry office, you decide to hold a wedding ceremony, then for the church rite you will need the help of witnesses. How to choose the assistants of the sacrament?

Who can be a witness at the wedding, and who is not?

The function of witnesses (guarantors) at the wedding comes down not only to help the newlyweds during the ceremony. They become the spiritual mentors of the new family, which help the young people over the years of marriage successfully cope with difficulties, go through conflict situations, guide the family union with wise advice and guidance. The choice of guarantors for the wedding should be approached responsibly, guided by common sense. 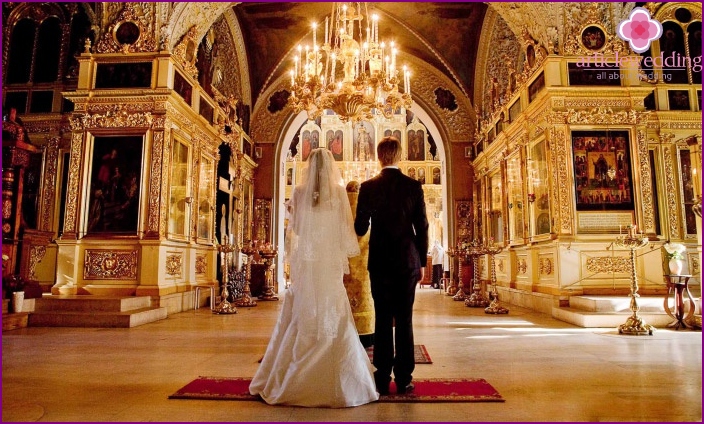 Witnesses can be husband and wife, who have long been in a strong, legal marriage, who are the authorities for both newlyweds. If among the acquaintances of the newlyweds there is no such married couple, then close friends or relatives of the bride and groom are invited to the wedding ceremony. It is important to remember that if the sponsors are not married before the sacrament, then after the ceremony they will become spiritual relatives, they will be forbidden to enter into church marriage.

Divorced spouses cannot be witnesses at a wedding. They could not maintain their family union and, according to church canons, they would become poor spiritual mentors to the newlyweds. It is forbidden to take men and women living in a civil marriage as wedding assistants. Unions unregistered in the registry office formed against the sacred commandments are not approved by the Orthodox Church.

Ancient traditions and rules of the church rite

Traditions, the rules of the church wedding practically did not change over time. Depending on the location of the sacrament, the ceremony lasts from 40 minutes in the parish church to 60 minutes in the monastery. All participants in the sacrament must be baptized or undergo the baptismal rite, otherwise they are not allowed to be married. A few days before the sacrament, you must go to church: confess, take communion. Immediately before the ceremony, you can not eat, have sex. 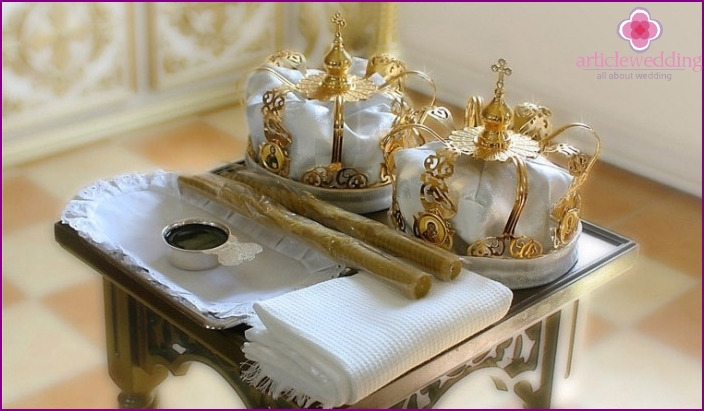 According to the canons of the Orthodox Church, during the wedding, the witness must be dressed in a dress or skirt covering her knees, her head covered with a scarf or scarf. Deep necklines, bare shoulders, overly explicit outfits are strictly prohibited for women. The witness is in a church without a headdress. In case of violation of these rules, the clergyman may not allow the guarantors to the ceremony or completely refuse to hold the sacrament.

According to tradition, the church ceremony takes place in several stages:

Duties of Witnesses in the Sacrament

During the performance of the church sacrament, witnesses have certain responsibilities. The rules and actions that the assistants to the newlyweds will have to carry out are determined, negotiated in advance with the Orthodox clergyman of the chosen church, so that during the ceremony there will not be various overlays, problems.

What is customary to give young?

A wedding is a religious ceremony that unites the souls of the newlyweds before God and people to the end of their lives. After the ceremony, newlyweds are given special gifts: icons and coins with the faces of saints, patronizing young married couples, a gift-wrapped bible, lamps, shelves for the iconostasis, candle holders for church candles, a journey through the shrines. 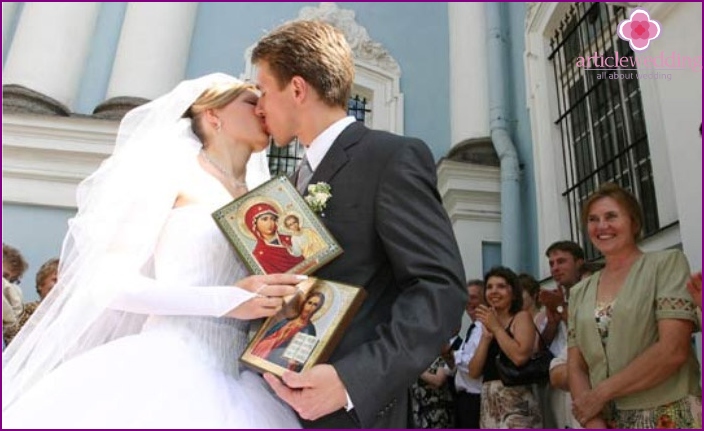 A popular gift for a married couple - wedding icons:

Is it possible to get married without witnesses?

The presence of witnesses at the wedding is a tradition, not a statutory canon of the Orthodox Church. If a young couple finds it difficult to choose the guarantors of the rite, then the sacrament can be performed only with their participation. It is imperative to stipulate these circumstances in advance with the clergyman who will conduct the church wedding.