Many wedding rites of Russia have come down to our time that accompany the wedding ceremony. All of them have changed, most of today is more of an entertaining nature. If you want to pay tribute to the rich cultural past, embodying it in your triumph, study the wedding customs and traditions that originated many centuries ago, but have not lost their charm in our days.

The blessing of the young

«God bless!», - with such words in former times in Russia, parents gave consent to the marriage of young people. This is a church custom, which suggests that parents cross future spouses with icons wrapped in a towel. It was permissible to conduct it only with baptism, but now even those who were not baptized are present at the beautiful wedding ceremony / custom of Russia, however this is not a blessing in the literal sense. 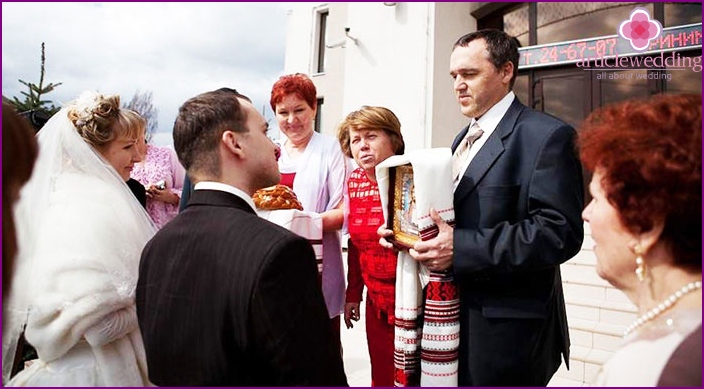 Traditionally, the Russian wedding of previous centuries did not take place without a sorcerer who provided protection for the newlyweds from evil forces, performed rituals to protect them from the evil eye. The modern sorcerer is a friend of the groom and the host at the same time. He takes care of a pleasant, interesting wedding atmosphere throughout the holiday..

In the old days, the groom's parents came to marry. They gave their children away, so all issues were decided between adult family members - dowry, expenses, deposit. Over time, this Russian tradition has changed, because people marry for love. But a gesture of respect, as well as maintaining customs on the part of the groom, is considered to be narrowed to parents to ask her hands. 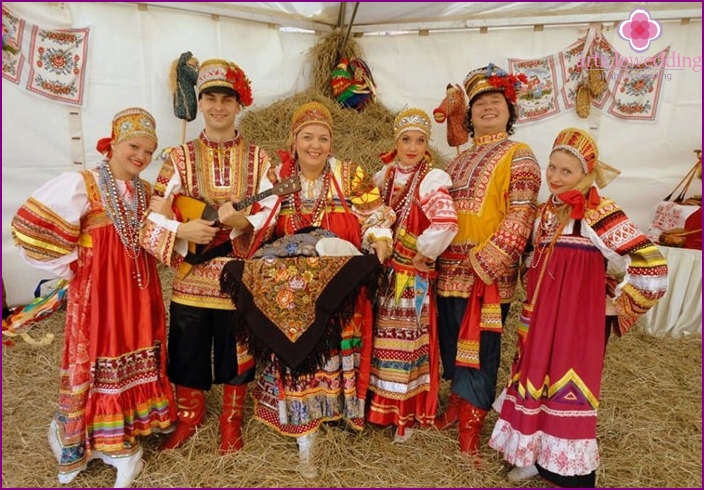 Previously, the ransom was purely financial in nature - the groom needed to prove his worth. Now this Russian custom has turned into a game where a narrowed girlfriend prepares a lot of tasks, puzzles, contests. If he does not cope with them - he buys money from them, sweets - this is the custom. 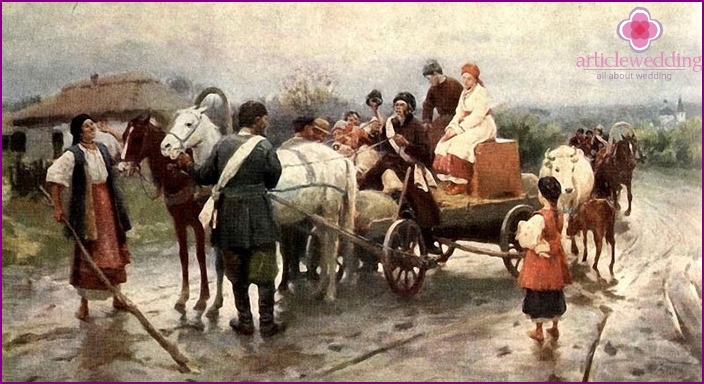 Conspiracy traditionally took place after the matchmaking and was a monetary part of wedding traditions. The groom's side together with the bride's party discussed organizational, financial issues about the dowry, deposit, wedding expenses of families. An analogue, or rather, a continuation of this custom of ancient Russia, can be called a modern contract that spouses conclude at the time of marriage, «conspiring» about the rules of family life after the wedding.

The former Russian feast is a demonstration of the generosity of parents. The wedding menu was extensive, each dish had its own meaning, but all together it allowed to feed and drink guests from the heart so that there would not be one hungry. Young people should have been treated with bread and salt - according to tradition, it was a loaf. Now all these traditional stages are held during the banquet, the tables on which are always bursting with holiday snacks. The abundance of meat and fish dishes is replaced by vegetables, on the tables there is always bread, and the crown of the feast is cake. 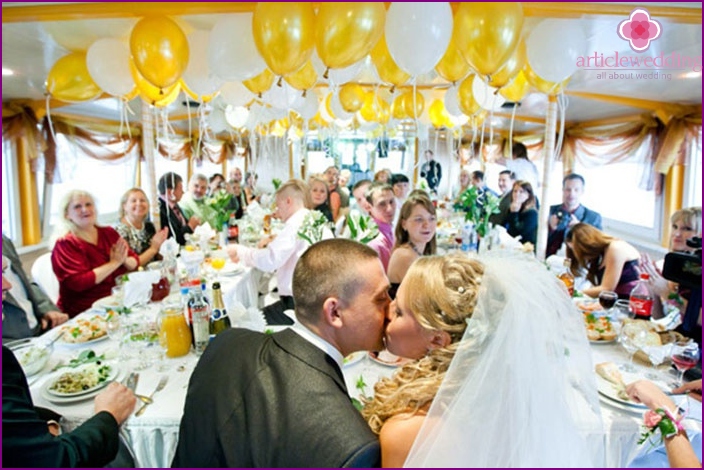 «Bitterly!» - this is the word that the guests shout at the wedding feast in Russia - before it was not a call for a kiss, but had a different meaning. From the tray that the bride carried, the guests took a glass of vodka, leaving money and gifts in return, and then shouted: «Bitterly!». By this they confirmed that they drank a strong bitter drink.

Another tradition of a wedding feast is the binding of two bottles of champagne by witnesses, one of which the spouses, according to the Russian tradition, will open for the anniversary, the second - when the baby is born.

The last stage of the official part of the wedding feast in Russia, which has already become a tradition, is the first wedding dance. The couple go out dancing together, later other couples join them. This moment marks the transition of the celebration of the wedding in a dance, music, competition program. 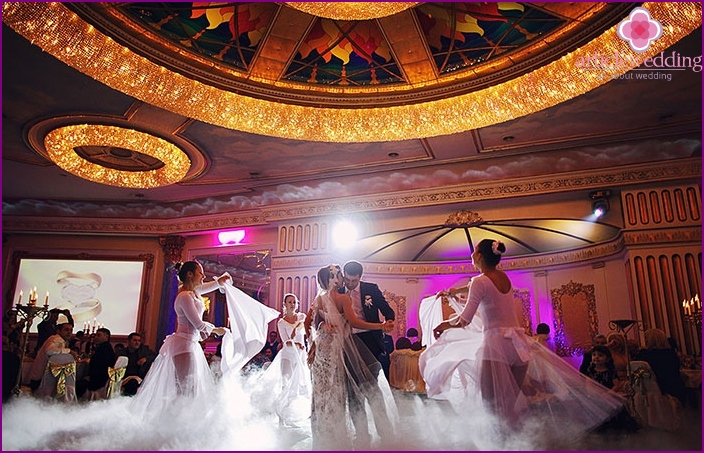 The church wedding ceremony confirms the marriage between a woman and a man before God. After him, the couple go on a wedding walk, managing to go to a banquet in several places, make memorable photos. Now it’s not always customary to get married, so the motorcade takes the newlyweds right after the wedding registration. And before the wedding was the main part of the wedding celebration, so not only the church itself was carefully selected, but also outfits for the bride and groom.

When the newlyweds walk, another tradition occurs - fortunetelling: they tie pink and blue ribbons on the paws of two pigeons, then they release the birds together, according to tradition, which gender the future first-born will be - male or female. 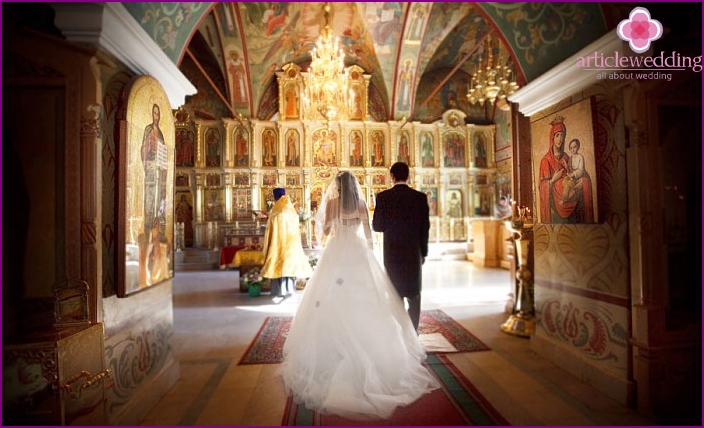 The tradition of holding a bachelorette party before the wedding came from a long time ago: in Russia, girlfriends gathered at the girl, combed her braid, took bath procedures, simultaneously telling her the grim details of her future life. This was done in order to protect the young girl from damage. The bachelor party, as a tradition, appeared not so long ago - before the groom before the wedding should go to the bath alone.

Wedding rings are a symbol of fidelity, love and devotion. The first they appeared among the Egyptians, who believed that such wedding gifts to each other would help maintain a spark of relations between two people. Familiar to us today, they came to us in Russia not so long ago from European countries, having become a tradition. 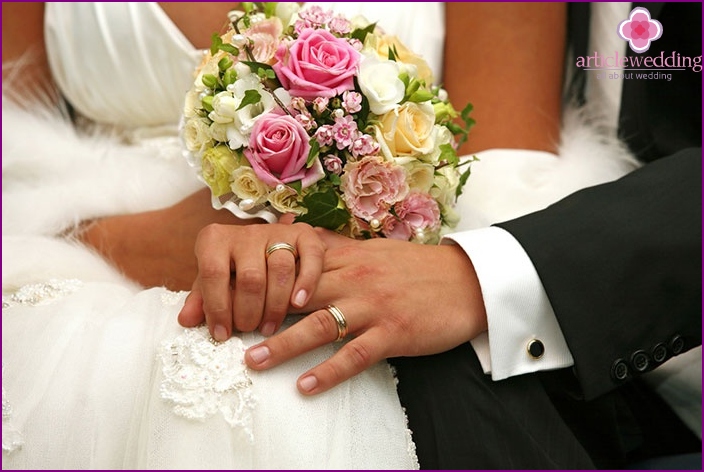 In Russian traditions, there was such a thing: a girl handed over her bouquet to a friend. It is interesting that a traditional Russian round dance was used here: whirling and dancing the bride (blindfolded) chose the one who would be the owner of the bouquet. The tradition of throwing a bouquet into a crowd of unmarried girls appeared later and came to us from Europe - the girl who was lucky to catch him was destined to marry the next.

Men, too, will not be left without a peculiar tradition at the wedding: before throwing a bouquet, the girl takes off the garter, which men will soon catch. She also determines who marries the next.. 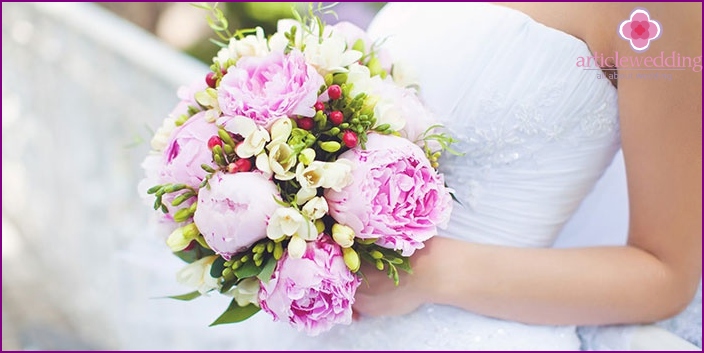 Now the abduction is entertaining in nature, but during the time of serfdom in Russia it was an unpleasant peasant custom. The girl who was married out could be taken by a pan or master on their wedding night. If the groom opposed this, his assistants stole the bride from the celebration and brought them by force, but rich men managed to pay off this.

But stealing a shoe in Russia was not accepted. On the contrary, the betrothed herself gave it to her girlfriends, who were just waiting for their happiness. The one that suits the shoes demanded a ransom from the future husband. This custom of Russia also made it possible to determine the welfare of the groom, to appreciate his generosity. 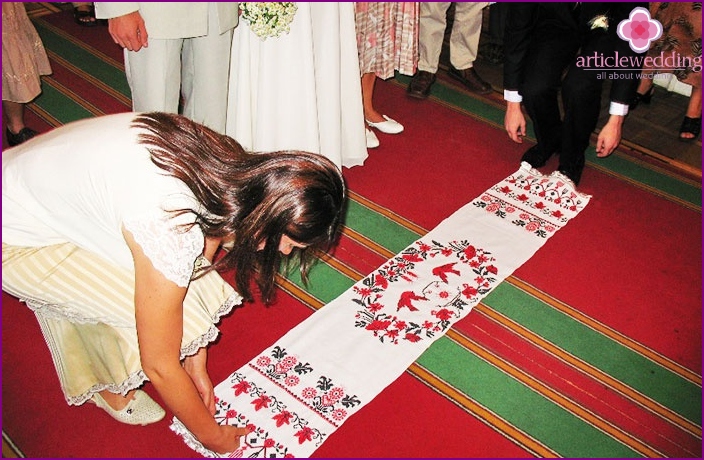 A rushnyk independently embroidered by the bride was considered one of the main attributes of the wedding celebration, he always stayed with the spouses after the wedding, was part of the dowry of the girl. At the wedding, the spouses stand on one towel, and the second tie the hands of the newly made spouses, forever holding them together. To this day, this attribute is also used for blessing and offering a holiday loaf in Russia..

According to Russian custom, it was believed that the shirt of the groom should also be embroidered by the bride.

At the doorstep, the parents presented the newlywed couple with a wedding loaf of bread and salt: they should take a bite in turn, this is the custom of Russia. Previously, he meant a kind of fortune-telling - what gender the baby will be, where the expenses of the family will go. However, modern newlyweds wonder who will «leading» in the family and who «led» depending on whose piece is larger. In Russia, such a fortune-telling was unthinkable, because the only possible head of the family, according to tradition, was a man. 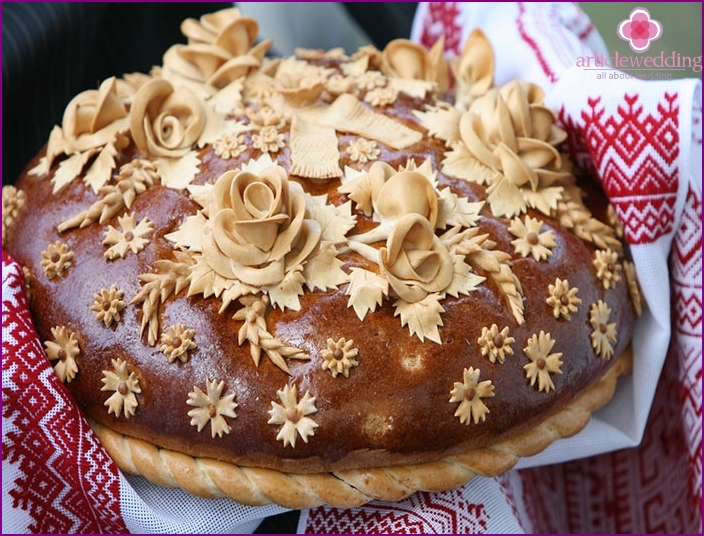 After all the traditions of Russia followed by customs, the last, main part of the wedding day — the first wedding night of lovers — comes. This is an important event for an innocent girl. The husband brings the bride through the threshold in her arms so that the evil demons think that this is a baby, not a stranger. Often, newlyweds chose an unusual place for their wedding night, so that «spirits did not find them» - hayloft, barn, bedside of a familiar couple.

Even modern people tend to spend it not at home - in a chic hotel room, a rented apartment. In recent years, when attention to traditions made them popular again, a rustic wedding means the first wedding night in a stack of fragrant hay, and lovers of romance do not refuse it.

After this event, the second day of the wedding celebration may occur, however, it depends on the financial viability of the organizers of the wedding celebration. Usually, according to tradition, it ends with a honeymoon - the journey of the spouses. But before honeymoon meant a light alcoholic drink, which was prepared for the wedding and drank not only in the process of celebration, but also a whole month after it. Interestingly, the weight of the barrel was no less than 10 kilograms, and it was forbidden to drink anything other than this invigorating sweet drink.

Watch wedding ceremonies and traditions in Russia in an interesting video:

Traditions, customs and people have changed, only one thing has remained unchanged - the solemnity of the wedding ceremony, which will forever be remembered by a loving couple. To make this day perfect, a traditional Russian wedding requires serious, responsible preparation.

Will you use these customs, traditions at your triumph? Tell us in the comments.