How to determine to parents whether the guy is suitable for the role of the future husband for their beloved daughter? That's right, for this you need to visit the guy at home, to see how he knows how to manage the household, to provide for his family. From here came the old Russian tradition - bridegrooms. Only when they saw firsthand the skills and abilities of a young man to manage household chores, parents in ancient Russia decided whether to take him in-law or not. And for the groom, the rite of Smotrin is a very important event, because it is not at all easy to make a good impression on the parents of the beloved and earn consent to the wedding.

Groom's bride in Russia in the old days and today

The tradition of smotrins originated a very long time in ancient Russian villages. A few days after the matchmaking, the bride's relatives came to the groom's house to inspect the house, the courtyard. Frequent ritual was familiar to all rural residents; there was nothing special in it that attracted attention. The bride's main participant in the bridegroom was her father, and if the girl was an orphan, the role of the father was played by the elder brother, godfather or uncle of the girl. It was not forbidden to take part in the bride and mother of the bride. 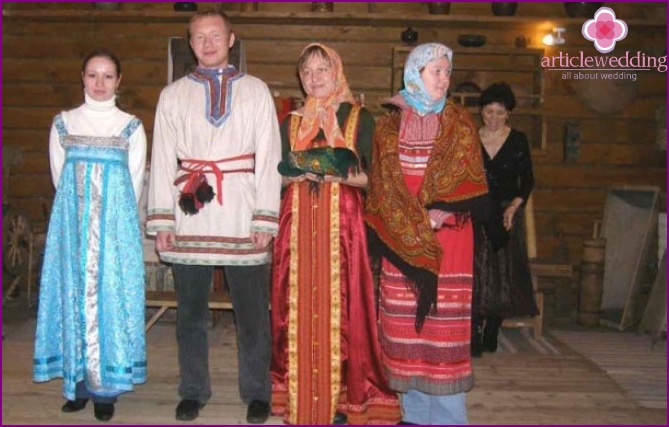 The wedding began with the fact that all the participants in the ceremony said a prayer and walked around the table three times. Having prayed earnestly, everyone sat down at the table and proceeded to tea drinking, during which the guests found out details of interest to their future son-in-law. Any questions, even the most personal ones, are appropriate on the watch, and the guy is obliged to answer them, without being crooked. 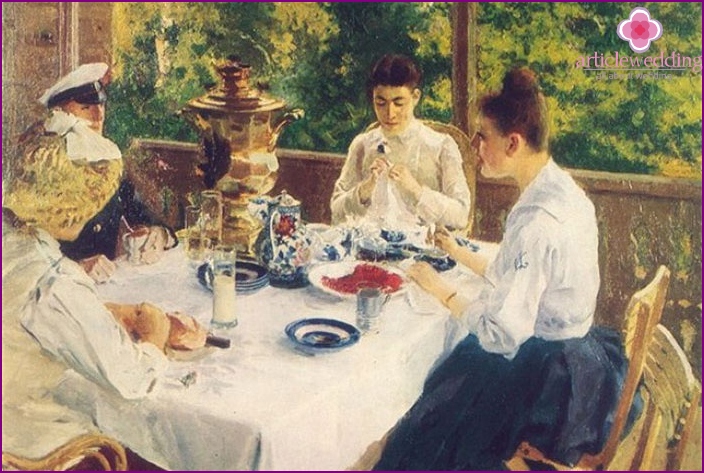 Future relatives examined the house inside and out, farm buildings - a barn, a stable, a pantry. They asked the guy about what kind of household he was keeping, how he looked after cattle, what he fed, where he got the feed. They were also interested in how the guy sells livestock products, what kind of income he has, if this money is enough to feed his family. 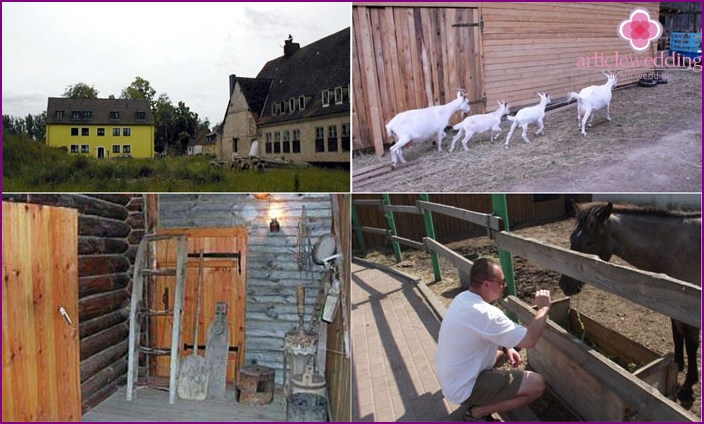 In order to assess the conditions in which their daughter will live, parents examined the kitchen, household utensils, dishes. The ancient Rusich especially appreciated copper utensils, it was considered a sign of wealth of the family. After a thorough inspection of the entire household, the bride's parents made the final decision about the wedding. If they liked everything in the groom’s house, the bridegroom was considered a success, and on this occasion a hop-feast began.

Parents wanted to give their daughter to a good house, in good hands, so that she would not feel a need, hunger. It so happened that after examining the groom's household, the bride's side remained unhappy. Then the guests left without sitting at the table, thereby showing that they did not want to be related to such a family. There were many cases when, after such an embarrassment, the wedding was canceled, despite the deep feelings of the young.

The rite of Smotrin for a long time existed as an independent, following after the matchmaking and preceding the ruin. But over time, all three rites united into one and there was no clear distinction between them. The so-called matchmaking could be delayed for several weeks if the parties did not come to an agreement on issues of dowry, organization of weddings and weddings.

Today, bride-shows are formal in nature, the rite is not carried out to determine the groom's economic abilities and to give or not consent to marriage, but simply in order to learn more about the future son-in-law. Parents of the bride come to the groom's house, talk with relatives, get acquainted with the surrounding life. There is an opportunity to recognize the character of the guy, to find out how he grew up, what was interesting in childhood, what events became the main, determining in life. The family is trying to embellish and renew their home to the bride..

What is presented for the bride

In the old days, the bride's relatives brought gifts from her to the groom's house. It was customary to present embroidered towels or tablecloths and fabric cuts to the family of his young man. If the bride was a craftswoman, she always sewed shirts for men from her lover’s clan. The present delegations that have come to the groom’s house give a young man a tie or a shirt. Alternatively, you can give a guy a wallet as the main money-giver in a future family.

What the groom does during his wedding

Having met the guests, the groom shows them the house outside and inside. The guy clarifies that the house is done with his own hands, so that future relatives appreciate his talents. Do not overly praise yourself, but excessive modesty will not play into the hands. If the family lives in a private house and keeps the household, the young man conducts a tour of the household yard, showing his knowledge in the field of animal husbandry. And the groom living in the apartment can only talk about his past, successes achieved, plans for the future, show the vision of the upcoming family life.

A well-thought-out and humorous bridal script will help the two families to establish warm and laid-back relationships from the very beginning of the meeting. It is not worth making a surprise for parents. Assign them to a pre-agreed day and time. To cheer up the audience, immediately after the meeting, the groom, without words, exclusively in sign language and using facial expressions, talks about his house. And the bride’s parents write everything down on paper. After the story ends, parents read out what is written, everyone gets a lot of positive emotions. 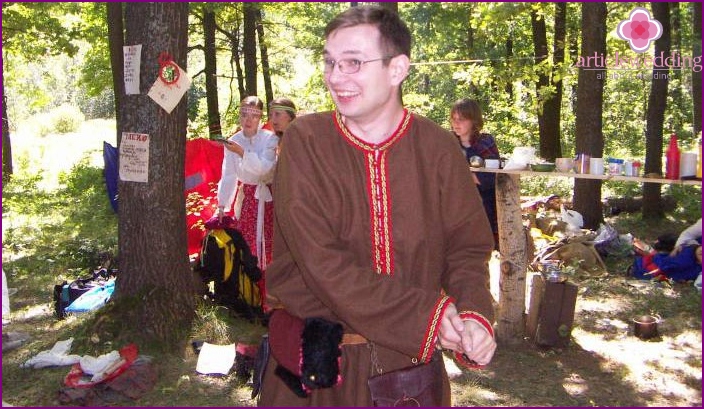 The time has come to invite guests to the table, where a glass of good wine will be followed by a verbal story of the groom about himself and his family. Having learned all the interesting details of the young man’s personal life, guests are eager to experience him as the future owner. The guy will have to go through tests in competitions (blindfolded to roll up a jar, collect a stool, etc.) For each unsuccessfully passed stage the groom is punished «free kick» in a pile. At the same time, they check for alcohol addiction.

Having spared the young man, the guests again sit down at the table. It's time to find out how he is going to earn money to support his family. The groom talks about his work, about the prospects for promotion. Parents find out whether their daughter should also earn a living, or whether the young man will give her the role of a housewife and nanny for children. If the result of the meeting suits both parties, the wedding is considered successful and preparations for the wedding begin. It will be appropriate to take pictures on the photo and video to leave a wonderful memory of this wonderful pre-wedding ceremony.