Russians like nobody else can celebrate weddings on a large scale, especially if the bride and groom are known to a wide range of people. Show business stars, businessmen, athletes - if they decide to celebrate the celebration openly, they do it magnificently and elegantly with the invitation of the press and hundreds of guests. Weddings of Russian stars is a separate phenomenon that attracts the attention of fans. 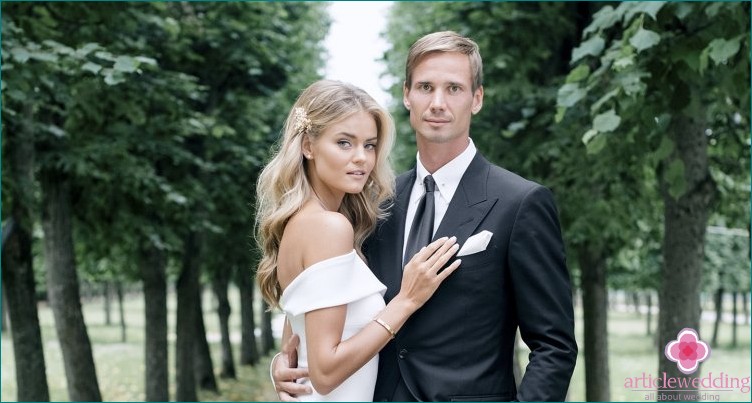 Portal Svadebka.ws invites you to find out which weddings of Russian stars were the most luxurious and spectacular, as well as to see part of the holiday with your own eyes, evaluate wedding images of stars and, perhaps, take some ideas for organizing your own celebration. 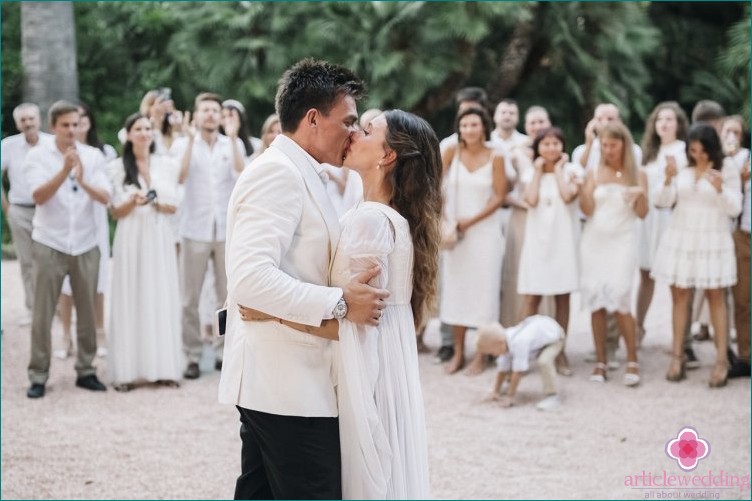 In this article, we will consider not only large-scale and expensive events, but also the most spectacular celebrations that did not leave indifferent fans of celebrities. Wedding photos of Russian stars will help us to illustrate the breadth of the Russian soul and the ability of our celebrities to organize truly legendary events, which are usually talked about for more than a year.

The famous socialite and TV presenter Ksenia Sobchak arranged the strangest, but spectacular and memorable wedding. And celebrity outfits, which she changed more than once, were on the list of the most beautiful wedding dresses of the stars of 2019.

The couple went to the Griboedovsky registry office on a hearse with the inscription: «Until the death separates us». And after painting, the young people made a traditional walk around Moscow, where they laid flowers at the monument to Prince Vladimir at the Kremlin. They did this for the reason that in St. Petersburg, newlyweds usually leave flowers at the Bronze Horseman. 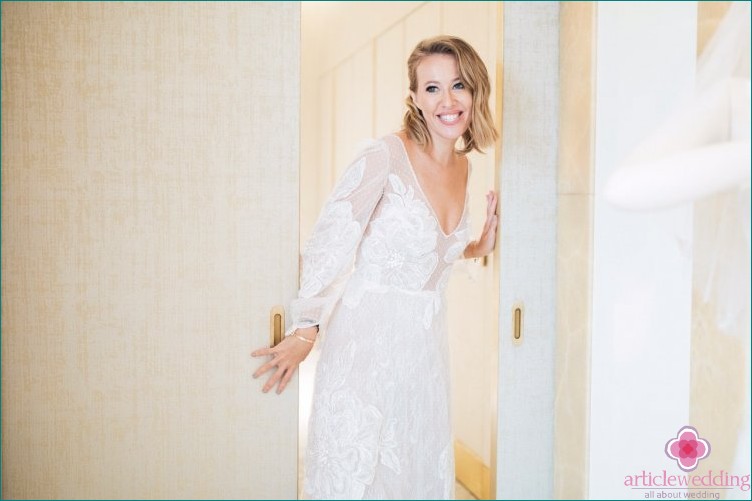 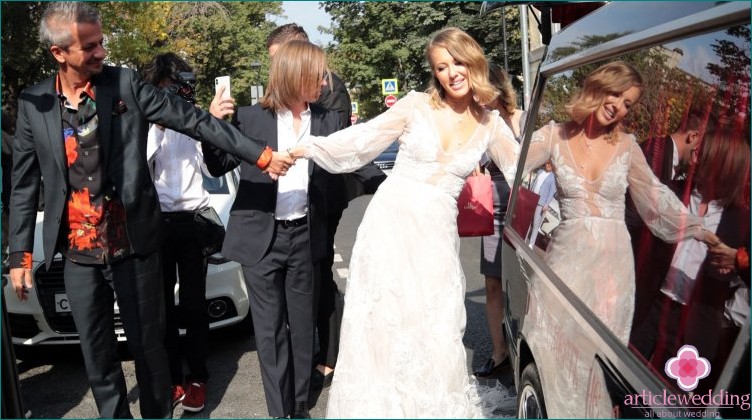 After the walk, the couple got married in the temple «Great Ascension». Moreover, the young arrived at the church on a carriage drawn by four horses. The festive banquet was held at the Museum of Moscow in Petrovsky Passage. The room was decorated in the Gothic style with a predominance of black and red colors. All guests, which were about 300 people, chose outfits in the same palette. According to rumors, the cost of the holiday was about 16 million rubles. 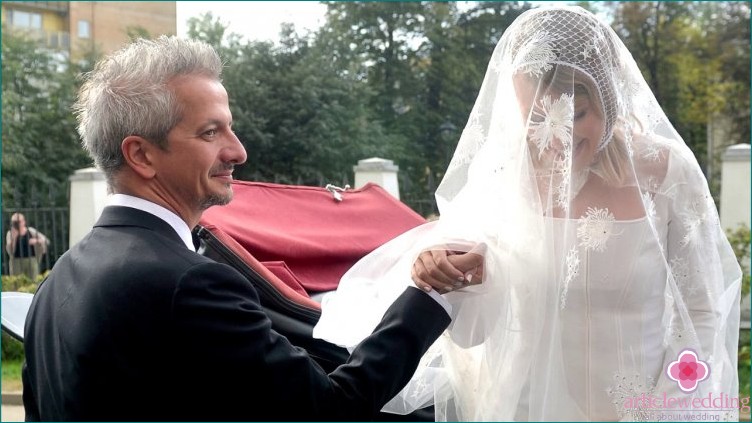 If we consider the most large-scale weddings in terms of the number of guests, then the celebration of Galina Yudashkina and Petr Maksakov will become the absolute winner. The couple invited more than 800 people to the celebration. Weddings of Russian celebrities in the classical style became a rarity, but Galina and Peter celebrated the celebration in this way.

During the event, the bride changed three dresses, which were manually embroidered with pearls and lace according to the technology of the 19th century, and the young wedding rings were made to order. The banquet was held in the Gostiny Dvor, and the musical accompaniment was provided by a symphony orchestra. 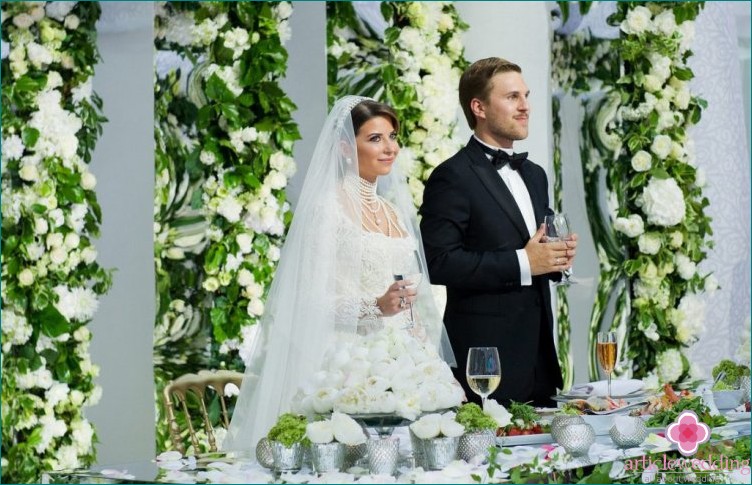 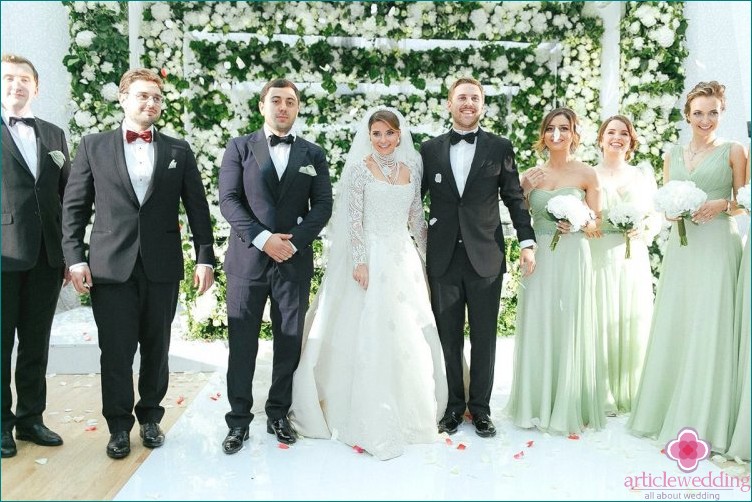 The popular presenter and singer celebrated two celebrations at once. The secret wedding of celebrities was held in strict confidence. The couple officially married during Regina's pregnancy. The images of the young were in casual style, and only a few relatives and closest friends attended the event. 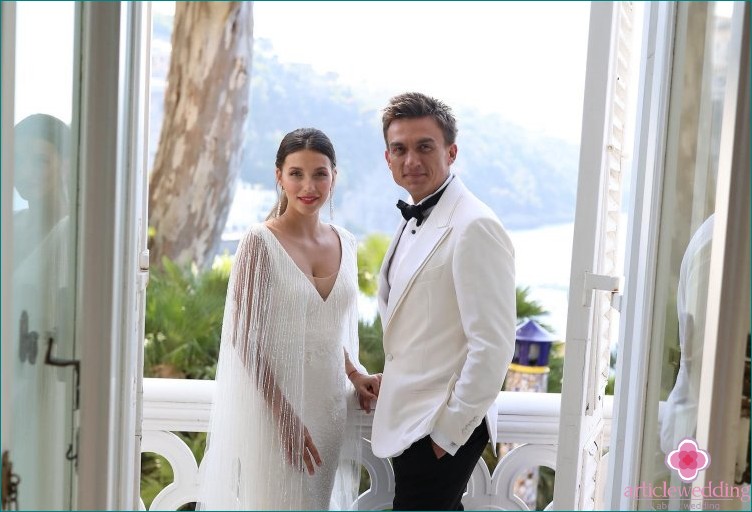 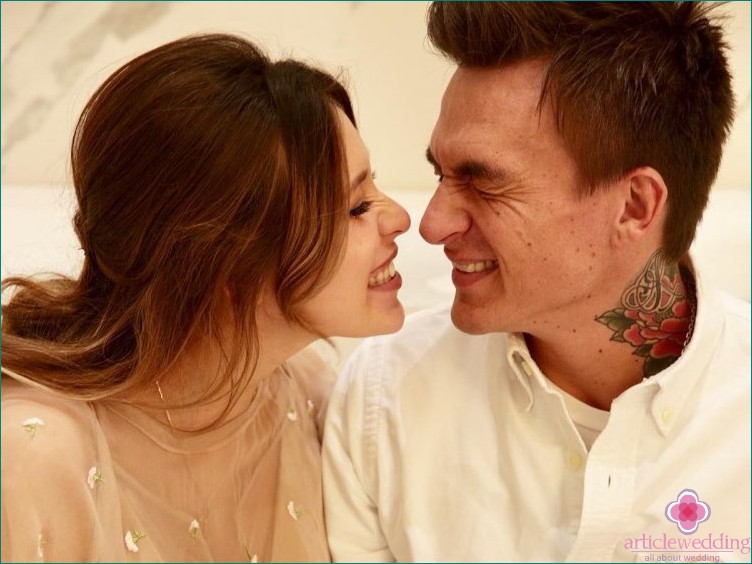 The second wedding was held in the summer of 2019, and the couple shared the moments of this event on Regina's YouTube channel. In addition, the newlyweds willingly shared their wedding photos in the social. networks. The stars of Russian show business noted the marriage at an Italian villa in Sorrento. The celebration was also attended only by the closest people of the couple, but the event itself was not inferior in beauty to the most magnificent Russian weddings.

The famous singer and millionaire threw a grand wedding party in Barvikha. Interestingly, the event was on Keti's birthday. The couple invited about 200 guests, most of whom turned out to be fellow brides on stage. And almost every one of them performed a song at a celebration.

And if you highlight the most unusual wedding dresses of Russian stars, then Keti's outfit caused a real sensation. A white dress with geometric decor and asymmetric drapery was sewn to order by the Parisian designer Stephen Rolland.. 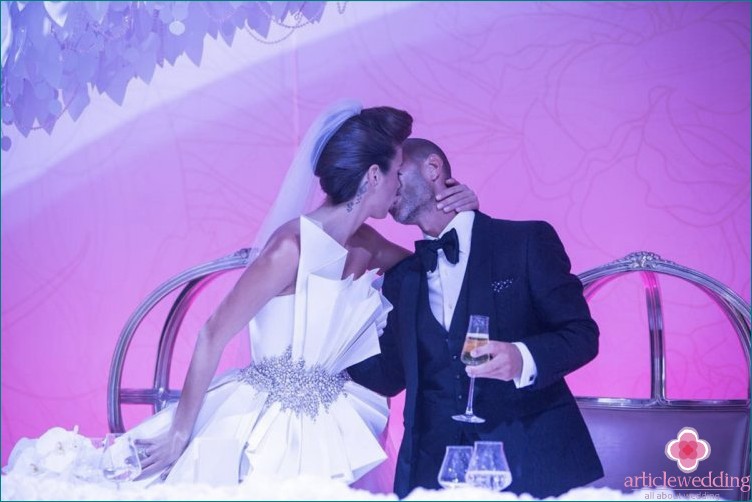 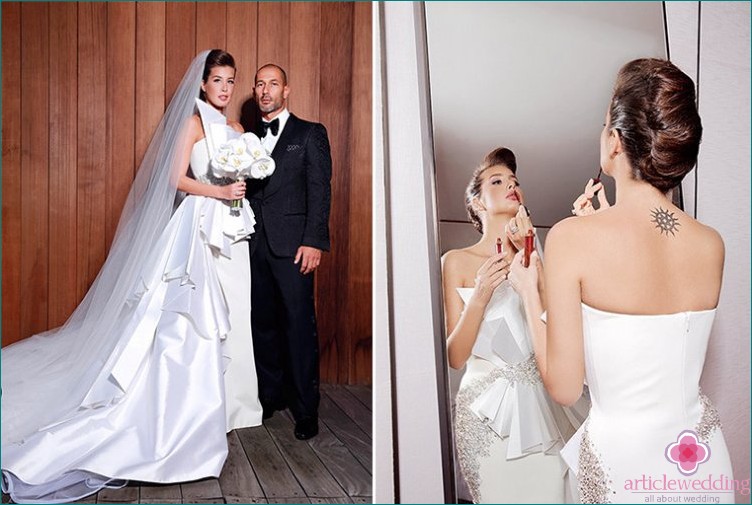 Wedding super-models Victoria’s Secret Katya Grigorieva and Moscow Captain «Dynamo» Anton Shunina was held in the capital. Like Regina and Vlad, the couple noted the celebration modestly and with a small number of guests, but it did not become less beautiful from this. Russian celebrities shared tender wedding photos. The couple looked very stylish: the bride was in a simple long white dress with bare shoulders «mermaid», and the groom - in a traditional black suit with a white shirt. An example of such a wedding, which all show business has been remembering for 14 years, is the holiday of singer Alsou and businessman Yan Abramov. Their relationship developed very quickly, because the groom proposed to the bride three months after they met. The wedding took place in early spring 2006. First, the marriage of the young was registered in the Griboedovsky registry office of Moscow, then a motorcade of white limousines took the newlyweds and guests to the concert hall «Russia», which was adorned with thousands of living orchids and golden fabrics. There were about half a thousand guests, and the event itself lasted until dawn..

The bride's dress was sewn of Italian champagne silk, and Alsou herself wished to look like a real princess. The wife of her brother Julia Safina at that time was already engaged in fashion design and happily set about creating a wedding dress for a young Russian star. The wedding portal told you about the most beautiful and spectacular weddings of Russian stars. We hope that from our article you were able to draw some ideas for your own celebration. Luxurious wedding dresses of Russian celebrities, banquet venues, event programs - all this can become a source of inspiration for organizing your wedding.