Bride Redemption - a theatrical spectacle towhich is involved the groom's party with friends, a witness, and the bride's side - a girlfriend, a witness. Beautiful, intriguing looks stylized repayment, developed in a thematic way. For honeymooners, related to the tax office, suit themed bride price in the style of the tax. 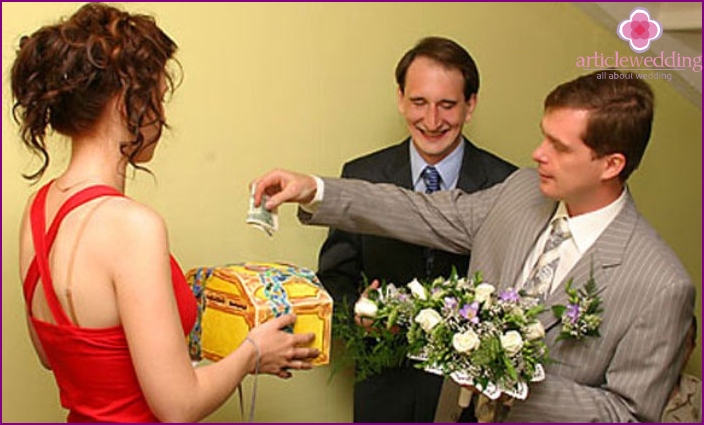 To bride ransom was interesting, you need toto take care of the script. He writes the script with the help of the witness bridesmaids. The more people you attract to its writing, more varied, more alive than he had received. It is important to distribute the roles and give the participants a word. Also take care of the costumes for the characters. They can sew at home from improvised means available, and if this is not possible, then the hire.

This scenario bride price in the style of the tax inspection does not involve a large number of props, but the essentials you will need to purchase:

Along with the groom and witnesses should be selected from among the bridesmaids performers in the following roles:

Action bride price in the style taxInspection takes place in the hall of the bride apartment. It should be a festive issue with the help of balloons, streamers, rain, flower garlands draped fabrics. 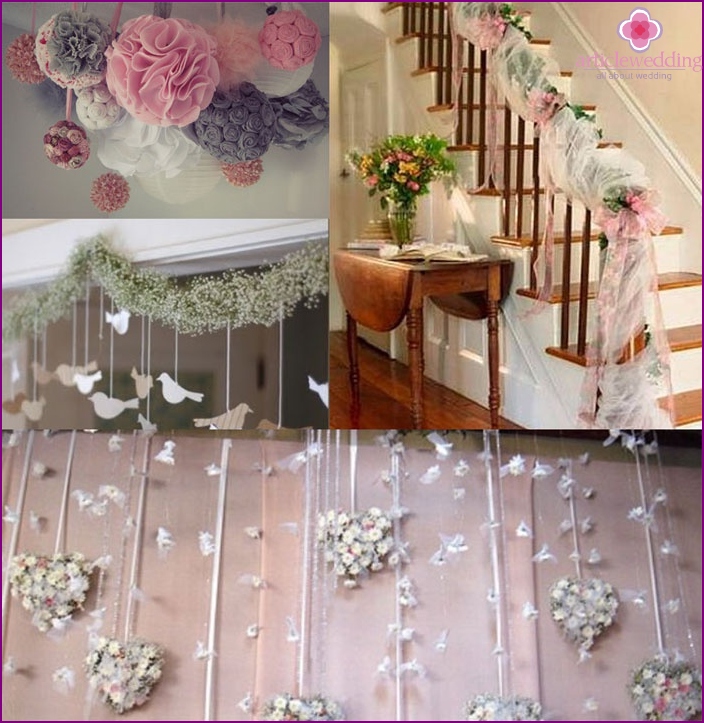 Groom with friends at the door meets the witness:

-Hello! The groom and what it is you're so smart? Maybe you want to get married? And the bride was already defined?

The guy said that his future wife had already chosen himself.

Well if so, then we will not torment you various tests, we proceed like a real tax inspection - Pay us a ransom, and take your beloved, stamp it with the registrar.

The groom pays as much as told. 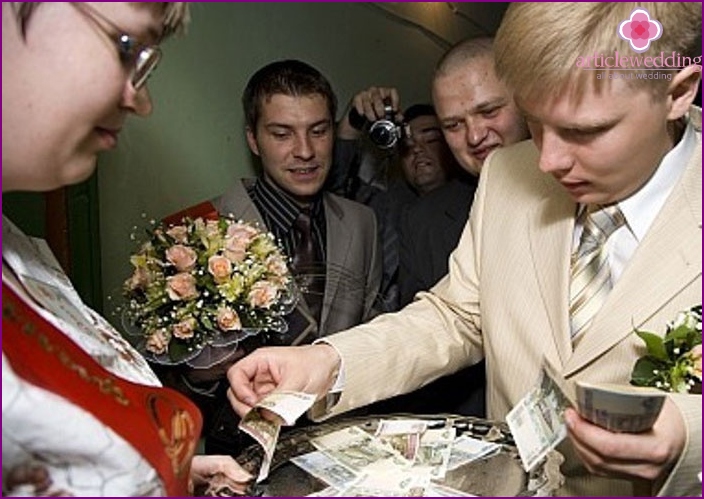 Where's my bride? Wow, how handsome! I agree to all the conditions, take me!

Suitable for the groom throws his neck:

He unlocked, he does not want to take it.

-Yak Is it not? I f you have so many times in a dream Bachila! While traveling in a CB, all the dreams were only about this handsome! I f you this borscht Navara, dumplings! Real jam! Vmazh Gorilochka, then (significant pause). Just look at me, what am I garni maiden! (Bulging bust). You know how much I was married? As much as 10 times have! Yet no one complained! 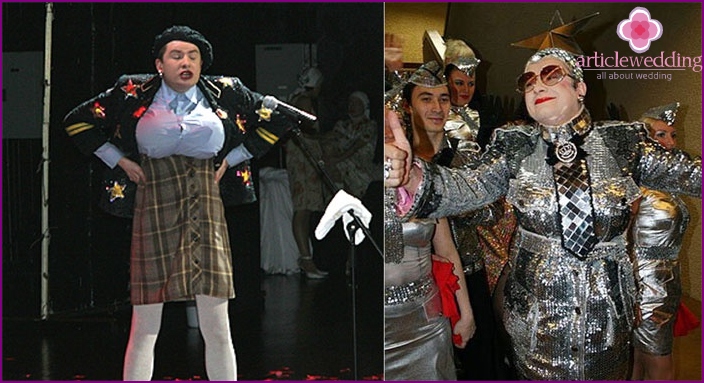 -Ah well! Then you will bite your elbows, that such beauty did not want to! There will be no discounts to you on the railway, on foot along the rails will walk! I imagine foreign tourists choose richer! And you will answer before the court for moral damage!

The witness advises the groom to pay off obsessive aunt vodka and money. Serduchka angry, but takes money. Screams: green dress! And let a valuable gift!

-Tell On which girl you want to marry? Describer her!

The bridegroom lists the traits of his beloved.

-So There, but is more expensive.

The groom pays a specified sum of money.

-Only Here money alone does not get rid of, show feelings! Sing a love song or a verse tell, and there will come the bride herself! 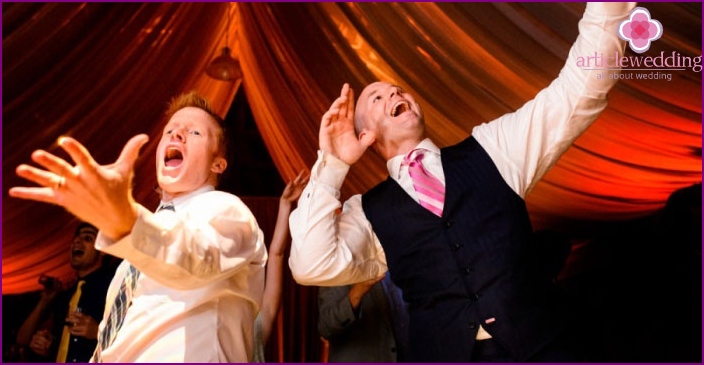 Who's singing so beautifully? Right nightingale poured! Is that my betrothed, falcon clear? I want it so I sang the whole day, from morning to evening. Where is my beloved?

It bypasses all guests, taking each by the hand and looks into his eyes.

The bridegroom again does not agree to such a bride, bribes of money to buy a music center.

-What Is pereborchivy we groom! Well, there is one NC. The girl and beautiful and smart.

So Vasilisa the Wise, her kokoshnik, in the hands of the book:

-I Just returned from a business trip, the king-fatherI sent tridesyatom kingdom on employment of personnel training. He's tax inspection controls. I learned there are a lot of new and interesting. I look, the bride, we are also very clever. Guess-ka puzzle. What is VAT?

The groom is responsible.

-And You have a VAT number? It is not true, there is no INN! During his ignorance I pay tax! Keep clever book, read it, you'll know.

He hands the book to the young man, but quickly picks up again. was indignant:

-Hotela For him to get married, and he unreliable some, VAT does not remember her. I would choose her future husband in the Academy of Management.

You're all of us liked (groom's name) that the restrictionits not trade on these beauties. With a clear conscience entrust to you the keys of the apartment favorite, play a wedding! Wait, fulfill another desire. Shout bride you loved it, so much so that she heard through the closed door.

Groom is passed to the bride.

The process of the bride price is required to remove atphotos and video to leave a memory, and in many years to be able to come back to those wonderful days. The professionalism of the photographer and videographer will play a role, you will get a very interesting movie about a wedding that will tell future generations.