The bride's bouquet
by admin

Bouquet - is an integral part of the image of the bride. Earlier, flowers donated by the groom in the wedding day, the girl zasushivat and stored together with the wedding accessories, wedding dress in the trunk. Recently, floral arrangement - it is not just decoration for the bride, but also the attribute used in the ritual that defines lucky, which is destined to marry next. The tradition of throwing the bouquet firmly entrenched and difficult to imagine the final wedding without performing this rite.

Signs and superstition associated with a wedding bouquet

Superstitions and traditions relating to the wedding bouquet,came from the ancient times, some unfounded, but still women in most cases rely on the signs, try to adhere to them, abide. Others bride openly ignore superstitions, in doing so, as the heart prompts or hold a certain tradition. Popular beliefs and superstitions: 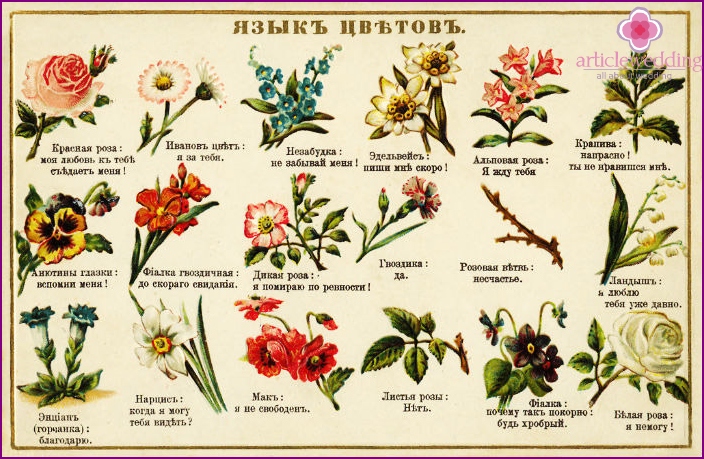 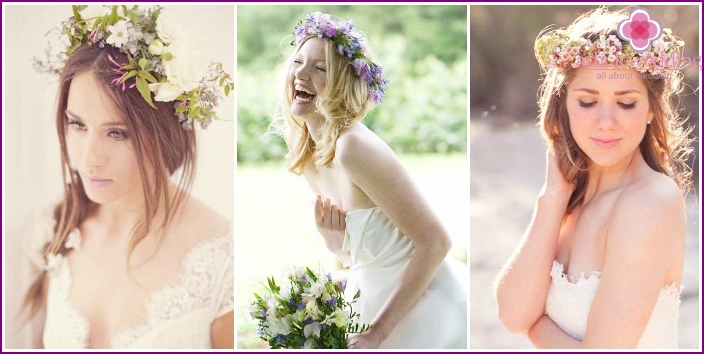 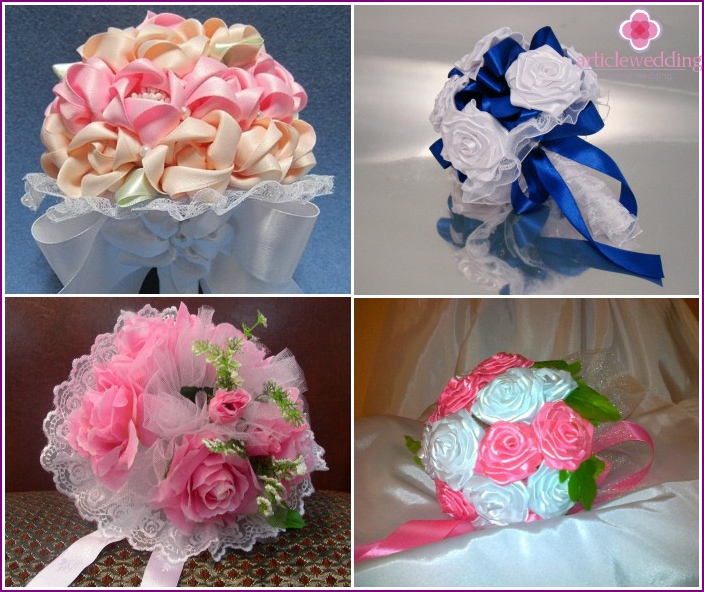 Where went the tradition of the bride throwing the bouquet?

The tradition of throwing the bouquet at a wedding has different roots, because the various forms of this custom was in all nations, which over time have evolved a bit: 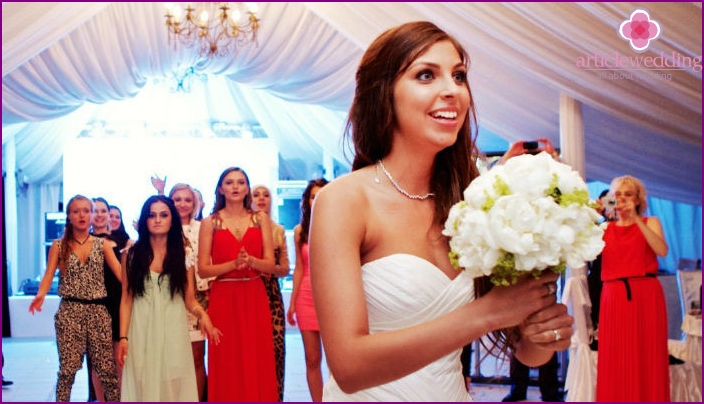 Mutate, acquiring legends, traditiontransfer wedding bouquet attribute unmarried girlfriend came up to us. Many women with anxiety waiting for the end of the celebration, with the hope of looking at the bride and willing to do anything just to catch flowers. But do not be so serious about this ritual, because it's just entertainment, but fate is in your hands.

Original ways of throwing the bouquet

To a wedding event was fun andinteresting, you need to come up and do something original. Few people know that the ritual throwing of the bouquet the bride an opportunity to diversify and play in different ways, making this process unique and exciting for both exhibitors and visitors. Popular options are: dance, auction, competition. But connecting the imagination, you can come up with its own exclusive way to share a small bit of happiness with her friends.

Sending a bouquet with the wishes of happiness

If only one was in the wedding partygirlfriend who has not met his "prince" and found family happiness, it makes no sense to throw the bouquet. In this case, the bride should just pass the flower girl with the wishes of love, happiness, happiness. Optionally, the bride can add a little color postcard with warm words and heartfelt wishes.

Beautifully "play" bouquet perhaps with the help ofribbons. How to do it? It is necessary to take as many ribbons as unmarried bridesmaids at a wedding is one of them tied to the bouquet. Girls choose a ribbon on. Bouquet will get the girl, in which the hands holding a ribbon tied to it. Watch the video as fun goes a lot:

There is another version of the dice with ribbons. Each of those present unmarried girls tie a ribbon to a wedding bouquet. When all of the tapes are attached, the bride picks up the flowers, and one begins to cut the tape. The girl, whose last tape remains attached, and receives a bouquet. For such dice is desirable to select a single color ribbon.

Do not forget about the old customs, they sometimescan add variety to our lives. A striking example - the tradition of transmission bouquet unmarried girl, using the old Russian way - to "dance." According to the ritual, the bride bridesmaids getting around, join hands, forming a circle and begin to reel. Bride spinning in the center of the circle, but in the opposite direction. When the music ends, dance and groom stopped and the girl who was the closest to the bride, it is the happy owner of the wedding flower arrangement.

To please his friends, giving them a "piecehappiness "is not difficult. If the wedding will be two or three unmarried girls, the bride will be able to bring happiness to every pre-order a bouquet with a secret consisting of several individual flower arrangements, but it looks like a whole. Before you throw it, the bride quietly untie the ribbon that held the song and the girls will fly more than one bunch, and some small. Each friend will be able to catch a flower, and everyone will be happy. To save the intrigue is not anyone talking about such a surprise. 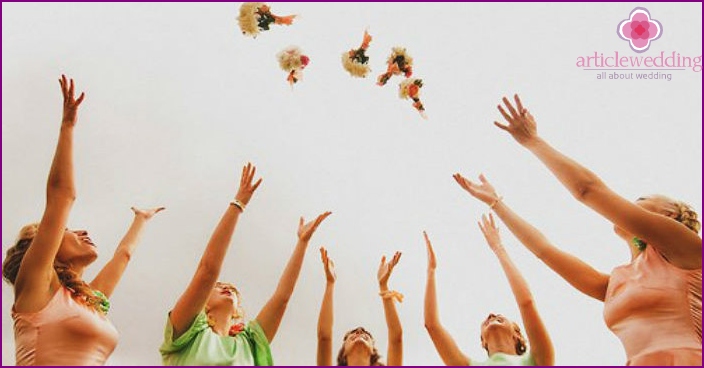 It is unlikely that at least one modern weddingIt dispenses with the beautiful tradition of transmission bouquet to unmarried girlfriends. Which way it will be done - the traditional, using tape or use a round dance - it does not matter, as long as during the execution of the ceremony, the bride mentally desired future possessor of a happy marriage of colors, strong family, mutual love. A girl, in turn, need to understand that this is just a fun game, and if this time got a bunch of someone else, it does not mean anything.