Six years from the date of the wedding - a long time forspouses, but only the beginning of a long journey together. Ever since Russia and so far this anniversary is called cast iron. Iron - Metal, and symbolic that it appears after the first calico, paper and other weddings.. It is not as durable as gold, silver, easy to crack. Beauty, iron fortress depends on the care and the family - during this period, it is necessary to maintain the strength of the relationship. Cast iron wedding marriage symbolizes the transition from fragile to strong.

Previously cast iron traditional wedding took place fromobservance of the main rites: the hostess put on display its neighbors cast-iron cooking utensils, to show their neatness, ability to care for the house, farm and her husband, keep comfort. If the dishes were polished, shining, it meant that my wife corresponds to the status of homemakers. Her works were highly appreciated, because cast iron - naughty stuff, for which needs regular maintenance. 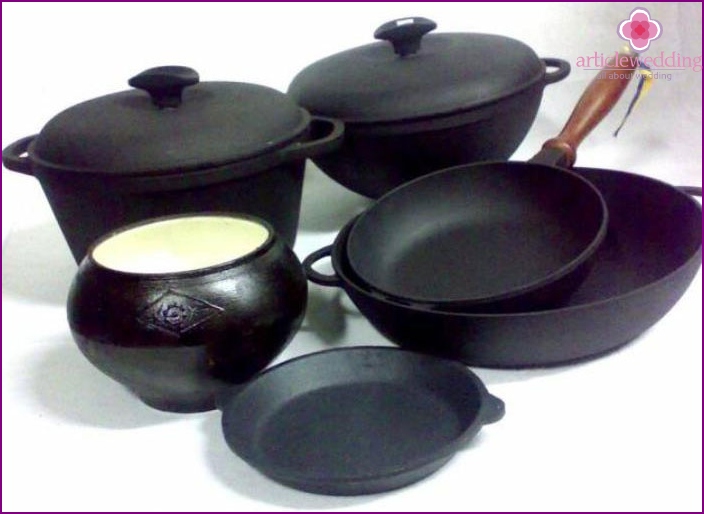 In different countries, the six-year period of lifespouses are called differently: in Europe spread the name "wedding candy", "Rowan wedding." At these celebrations, it decided to give the young people a house of candy, which becomes a symbol of comfort, or a handful of mountain ash (it is believed that it can help a woman give birth to a male child). 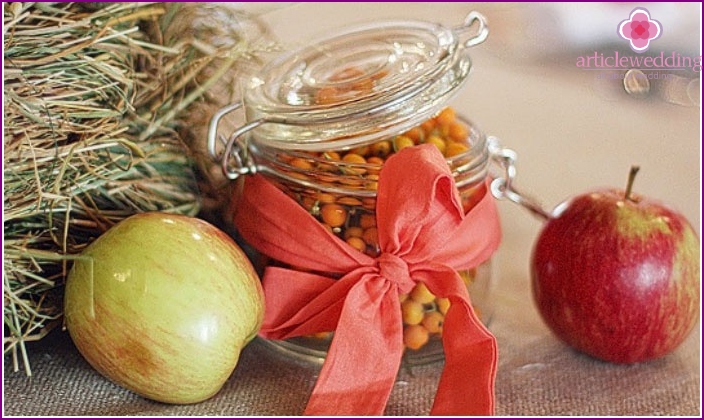 As noted iron or rowan wedding

Cast iron wedding - a good excuse to inviteclose friends and relatives to celebrate this joyous occasion to a narrow circle. celebration scenario might be: a game show iron cookware, to present to evaluate the efforts of homemakers, a delicious dinner, which she had prepared on their own, adoption congratulations, and after - fun competitions and games. Cast iron vintage wedding also involved advice from senior couples, the observance of which helped to keep the love.

Cast iron is designed traditional weddingemphasize the warm feelings of spouses, comfort of their life together, so the event is better to spend at home with loved ones. However, modern people often suffer a place of celebration on the territory of the restaurants and cafes. Then the hostess can not boast of a clean kitchen utensils, but the celebration will take place probably happily. During the warm season the variant anniversary in nature, where you can light a fire, cook a barbecue, play active games.

Strict rules about the clothing on the day of the anniversaryNo, the main thing - it should be festive. If it is a cast-iron traditional wedding, during which ancient rites are performed, the couple may wear costumes corresponding to those that were several centuries ago in Russia. In this case, the design of the room should also be made appropriate. Details considered themed costumes in the photo below: 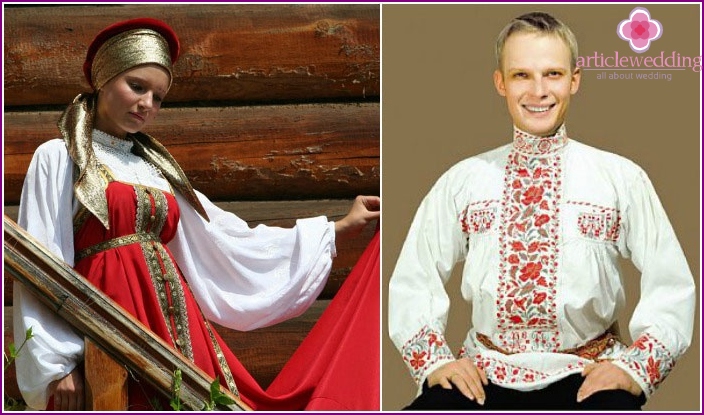 Be sure to invite the nextrelatives - mothers, fathers, grandmothers, grandfathers, who had long passed through the six-year mark relations experienced ups and downs together. By tradition, they can give some advice young couple. Also on this date it decided to call good friends who have witnessed during the celebrations, and other close friends. Usually this is not a wedding anniversary is celebrated widely, so the guest list should not be too long. 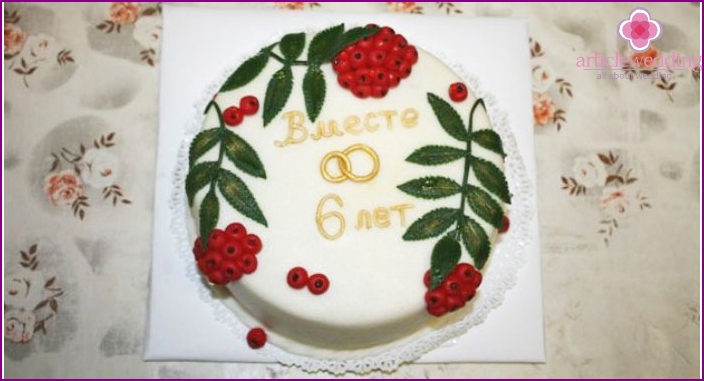 During the celebrations on the table decided to put a dishin cast iron cookware that husband and wife cooked together. Festive menu may include potatoes, meat and vegetable stew, cooked and served in the pot for roasting, all kinds of fried, boiled dishes. Must not do without the table of snacks, salads, fresh vegetables, and a dessert housewife can bake a delicious cake or anniversary cake. Suitable for table decoration - flowers in vases, towels, candles. 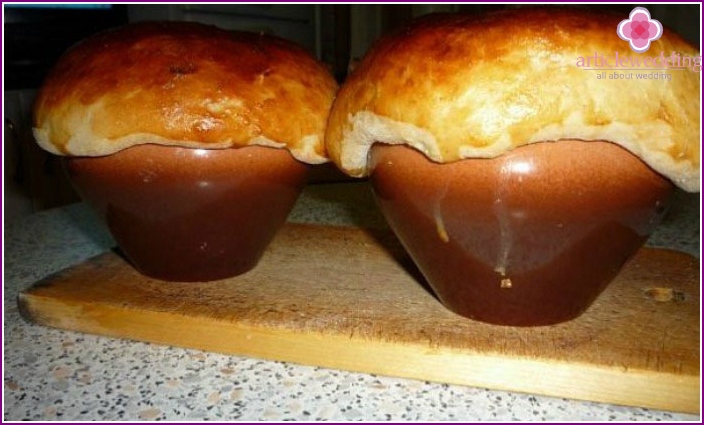 6 years wedding anniversary script includesmeeting guests, a delicious homemade lunch or dinner, congratulations couples, games, contests, which are easy to carry out at home, showing dishes and clean the house guests that they appreciated the consistency of the hostess. Spouses should also be sure to make gifts to each other.

Cast iron vintage wedding accompanied asGenerally, kitchen products made from this material - iron pots, pans, pots. Modern housewives prefer nonstick cookware, so when choosing a gift for the kitchen is better to choose a more convenient and useful utensils. What to give for a wedding the couple cast iron:

As a gift perfect for any useful things farms. 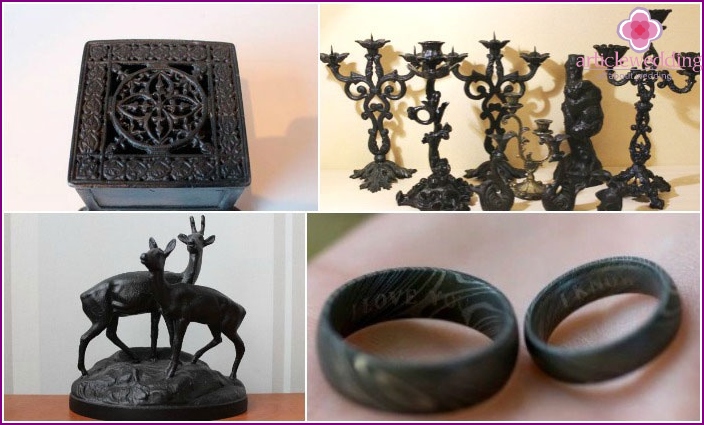 Congratulations to the cast-iron wedding

Mandatory part of the scenario of a six-year anniversary - congratulations to the couple. It may be in the form of touching or humorous prose poems, you can see examples here:

Watch the video collage with congratulations from his wife to her husband on the wedding of cast iron:

Cast iron traditional wedding - the event,designed to remind spouses that marital happiness depends on them. Only understanding, love, endurance - can be sanded iron relationship, make it bright, shiny, durable.

Tell us in the comments how you want to celebrate or celebrated six-year anniversary!